The Good, Bad + Ugly Twitter Reactions of the iOS 10 Launch 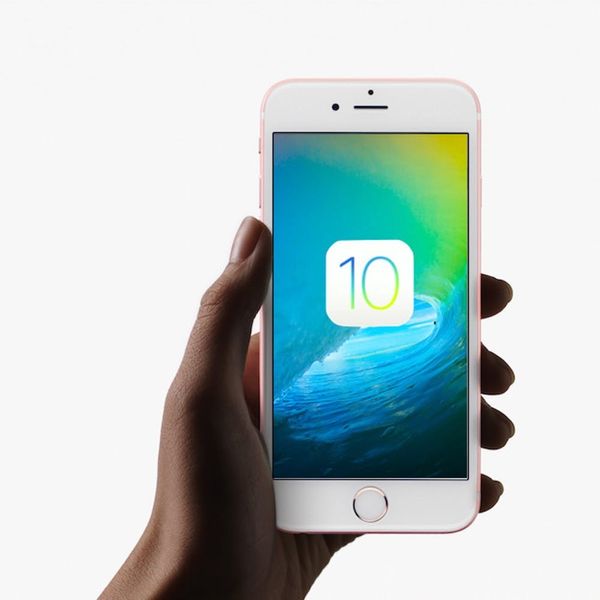 It’s finally arrived, the iPhone update that Apple is calling their “biggest iOS release ever.” We’re talkin’ about iOS 10. Since its intro back at WWDC 2016, folks have been anticipating all the cool new stuff that the iPhone update has to offer. The update has gone through beta testing since July, and the final version is available for download starting TODAY. But wait. Before you go upgrading your software, there are apparently still some bugs that Apple hasn’t fully ironed out.

Do not I repeat DO NOT download #iOS10 – you'll end up with this….😡😡😡 A brick / unresponsive phone! pic.twitter.com/P1xstRhUg4

iPhone users (including The Hills alum Spencer Pratt!) have been reporting that iOS 10 is freezing up their phones. Full disclaimer: That happened to us the first time we tried it too. The good news is, after plugging it into iTunes and updating it back to iOS 9.3.5, then reinstalling iOS 10, it cleared up the issue for us. Just be sure you backup your iPhone before you attempt to upgrade.

you will be missed #iOS10 pic.twitter.com/fh3MPYy8z1

I will block you if you text me like this #iOS10 pic.twitter.com/RHNBkaoy4m

Someone forgot to tell Apple that an update is supposed to make things better, not worse. #iOS10

Meanwhile, several people who have successfully updated are suffering a bout of buyer’s remorse, namely over how different emoji appear in iOS 10 and the disappearance of the “slide to unlock.” Also, some are lamenting the subbing of the handgun emoji for the water gun emoji.

Let's just be grateful we're not the ones on the right.. #iOS10 pic.twitter.com/H2FZ81psCN

Others still are trying to find the silver lining.

can't wait to delete most of these 😭 #iOS10 pic.twitter.com/EokiVCvPZL

I've waited my whole life for this moment #iOS10 pic.twitter.com/sngT0U1mpE

Damn she got the The @KylieJenner transformation lmao #iOS10 pic.twitter.com/xUpZn5WekL

But there are still those who can’t get enough of iOS 10’s emoji and the ability to delete all that Apple bloatware forever. See ya never, Stocks app!

Everyone deciding whether to download #iOS10 right now pic.twitter.com/esBCjw8lze

All this back and forth has a lot of users on the fence on whether to download or not download.

It's #iOS10 day. If you listen very carefully, you can hear the cries of those fearful to update.

Actor Nathan Fillion might have summed it up the best.

Did you encounter any issues upgrading to iOS 10? Tweet us @BritandCo!