The Keystone Pipeline Just Leaked Over 200,000 Gallons of Oil 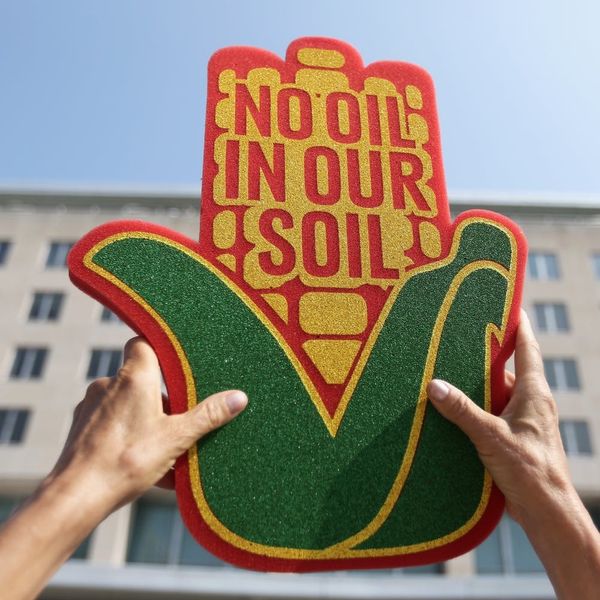 The #NODAPL protests in 2016 and early 2017 were international news. Peaceful protests led by Indigenous Americans (and joined by celebs like Shailene Woodly) to stop the pipeline from being built lasted for half a year, through a brutal North Dakota winter. But before the Dakota Access Pipeline and its surrounding concern, there was the Keystone pipeline, which has been operating since 2010 and ridden with controversy.

Today, it seems everyone’s fears about pipelines were right. On Thursday, the much disputed Keystone pipeline leaked 800,000 liters (or 210,000 gallons) of crude oil into the ground three miles outside of Amherst, South Dakota in less than 15 minutes.

The Keystone Pipeline brings diluted bitumen from the tar sands of Alberta, Canada, supplemented with light crude oil from Montana and North Dakota to refineries in Illinois and Texas, from where gasoline can be sold throughout the world.

Pro-pipeline defenders say that pipelines like Keystone are the safest way to transport unrefined fossil fuels. But pipelines are costly to build and increase our dependency on environmentally destructive energy sources. Pipelines also have a habit of leaking; in fact, this isn’t even the first time that the Keystone has had a spill.

In April 2016, a smaller spill happened that released the equivalent of 400 barrels of crude oil into the soil, and took two entire months to clean. At the time, many pointed to “major problems” with the pipeline’s infrastructure, including dozens of tiny spills that seeped crude oil into otherwise healthy land. But Thursday’s leak is by far the largest Keystone oil spill to date.

There is no word yet on how, or if, the area can be completely cleaned. “It will be a few days until they can excavate and get in borings to see if there is groundwater contamination,” said Brian Walsh, a spokesman for South Dakota’s Department of Environment and Natural Resources.

The spill is also dangerously close to the Lake Traverse Reservation, home of the Sisseton Wahpeton Oyate Nation. “We are concerned that the oil spill is close to our treaty land,” said Dave Flute, tribal chairman of the Sisseton Wahpeton Oyate. “But we are trying to stay positive that they are getting the spill contained and that they will share any environmental assessments with the tribal agency.”

TransCanada, the company that owns the pipeline, said that the leak was isolated within 15 minutes of the first detected drop in pressure. TransCanada also owns the DAPL pipeline, which spilled 84 gallons of crude oil into the ground at a rural South Dakota pump station in April.

This latest spill comes just a few days after the Trump administration chose to promote the use of more fossil fuels during Bonn climate talks focusing on slowing global warming.

Have you been following pipeline news and controversy? Tell us @BritandCo!