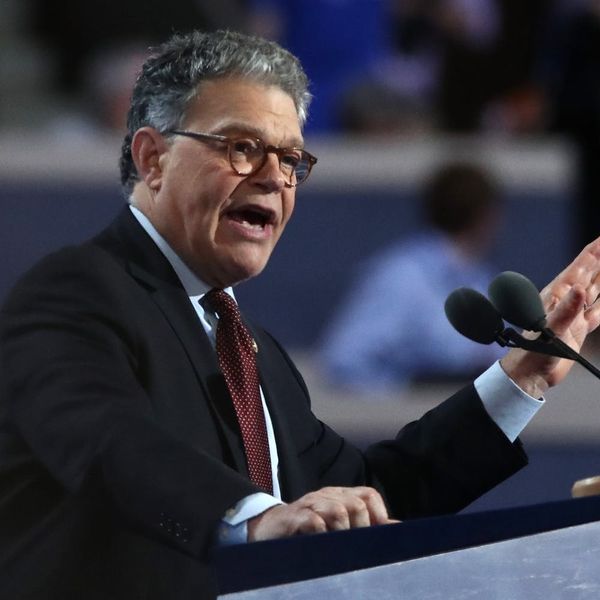 The #MeToo movement, which re-emerged with a massive slew of sexual abuse allegations against movie producer Harvey Weinstein in October, has rocked not only Hollywood and the media, but also Washington DC. There have long been allegations of sexual misconduct and violence against powerful men in politics (Anita Hill testified publicly against Clarence Thomas, now a SCOTUS justice), but in light of #MeToo, stories of abuse are being taken more seriously.

In November, reports emerged that Congress had secretly spent more than $17 million in taxpayer money on sexual and other harassment settlements since 1997. That’s an average of $850,000 each year for the last two decades paid out to settle harassment claims against members of Congress and the legislative branch.

Politico reported in November that some of the $17 million had been paid out for claims related to workplace safety, and some of the payments were for settlements for other Capitol Hill offices, including the Capitol Police. Because the Office of Compliance, which is responsible for these types of payouts, does not release detailed information on the payments it’s impossible to know exactly how much taxpayer money is going toward sexual harassment settlements in Congress.

However, a small amount of new and important light has been shed since the initial reports last month. On December 6, Democratic Virginia senator Tim Kaine asked the Office of Compliance to make public the number of sexual harassment claims settled against senators between the years 2007 and 2017, according to NBC News. Citing confidentiality rules, the Office of Compliance denied Kaine’s request, but some new information emerged on Tuesday of this week.

According to ABC News, the Office of Compliance revealed that between 2008 and 2012, it paid out $115,000 in sexual harassment settlements to staffers employed by the House of Representatives. Nearly $100,000 of that $115,000 was paid to two male staffers who were employed by a former Democratic representative from New York, Eric Massa. Massa’s young male staffers accused him of various forms of sexual abuse, ranging from inappropriate comments to groping in 2010.

The Office of Compliance will likely continue to see calls for increased transparency from members of Congress, as the public remains outraged and concerned over sexual abuse allegations against powerful men.

Of course, one of the biggest stories of abuse in Washington began last year when Donald Trump was running for president. Since his presidential campaign debuted, at least 19 women have spoken out and claimed that Trump sexually violated them. Trump’s accusers have not backed down in light of his new job as POTUS, though Trump has yet to face any kind of legal consequences for the allegations against him.

But Trump is far from the only politician in the nation’s capital who stands accused of sexual misconduct. Many of the currently-accused elected officials have been involved with lawsuits that resulted in a payout to their accusers (though not necessarily from the Office of Compliance). Here are the other DC politicians who have recently had allegations against them go public.

Republican Texas representative Blake Farenthold settled a lawsuit over sexual harassment, gender discrimination, and a hostile work environment filed by his former communications director for $84,000 in 2014, according to Politico. Farenthold’s settlement was paid through the Congressional fund that was secret until just recently. Farenthold won’t be running for re-election next year and has promised to pay back the taxpayer money that was used to settle the suit against him.

Two aides accused Republican Arizona representative Trent Franks of offering them money to carry surrogate pregnancies for him. After the House Ethics Committee announced it would conduct an investigation into Franks’ behavior with his aides, Franks admitted he made his staff feel “uncomfortable,” but decided to step down because he didn’t think he would get a “fair” investigation.

Democratic representative from Michigan John Conyers, the longest-serving member of Congress, stepped down from office after a flurry of sexual harassment and other sexual abuse allegations were leveraged against him this fall. Conyers denies that he did anything wrong, but multiple former staffers have accused him of making harassing comments, groping them, undressing in front of them, and asking for sex.

Al Franken, a longtime Democratic senator from Minnesota also stepped down this month amid multiple allegations of sexual misconduct. Franken, who was a comedian before entering politics, has been accused by at least seven women of various acts of sexual misconduct, including groping and forcing a woman to kiss him. Franken announced his resignation from the Senate earlier this month, but has so far continued to show up for his congressional duties.

What do you think about the #MeToo moment in Washington DC? Tell us on Twitter @BritandCo.

Elizabeth King
Elizabeth King is a politics, history, and culture writer based in the Twin Cities. She is generally pretty cranky but still enjoys traveling, music from the early 2000's, and plotting the resistance. Feel free to say hi on Twitter at @ekingc or check out some of her work at www.elizabethcking.com.
Controversy
Current Events
Controversy Politics