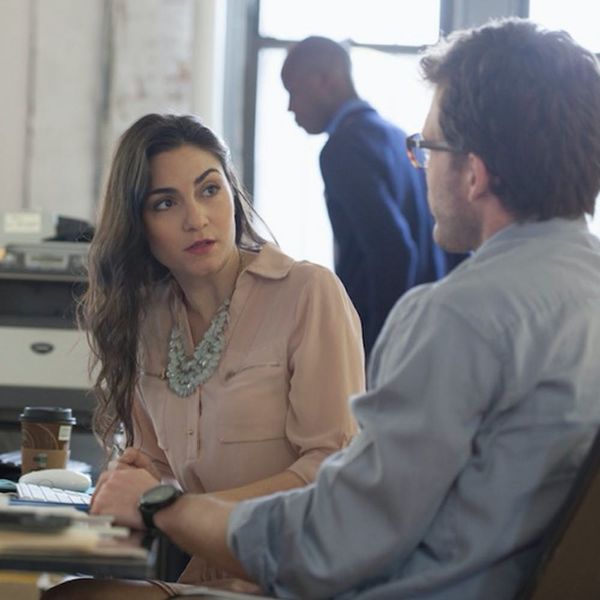 There’s been a lot of recent research that looks at women’s ambition at work. We’ve recently reported on a study that shows women start their careers just as (or even more) ambitious as men, but un-supportive work environments leave them not wanting to move up in their companies. Another study helped identify how companies can keep women on board and support them. Now, further research about women’s career ambition finds that women may hide their ambition when they know men will find out about it.

New research from the University of Chicago, Princeton, and Harvard reveals that some single women will assess themselves as having lower career aspirations when they know their male counterparts will be aware of how ambitious they feel.

The reason for all of this? We all know that men tend to interrupt women at work and that over half of women experience workplace sexual harassment, all of which can impact women’s desire to stay with a company, pursue promotions, ask for a raise, etc. But the new, extremely depressing research shows that women will say they are less ambitious around men because they fear that their ambition will make them less desirable as potential partners to men.

Yeah, you read that right. Grab the tissues!

Researchers Leonardo Bursztyn, Thomas Fujiwara, and Amanda Pallais note research from 2007 that shows men have a preference for women who are of a lower socio-economic status than they are. The researchers behind the new study say that, because of this, women who want to be partnered with a man may often feel they have to choose between career success and the possibility of marriage.

The researchers say that this trade-off plays into everyday workplace interactions for women too. They list “Daily activities such as speaking up in meetings, taking charge of a project, working late, or even certain outfits, haircuts, and makeup” as decisions women have to weigh on the marriageability vs. work success scale, and choose one over the other.

For the study, Bursztyn, Fujiwara, and Pallais surveyed 241 men and 114 women in an elite graduate school program, and found that women reported that they felt more ambitious when they knew their survey results would be kept anonymous from their peers, according to an article written by the researchers for the Harvard Business Review.

When the study participants were told that their classmates would be able to see and discuss their survey answers, single women changed key measurements surrounding their career aspirations. In the anonymous version of the survey, single women said they wanted to make an average of $131,000 per year, but in the version they knew their classmates would see, this number dropped to an average of $113,000. The number of days they said they were willing to travel per month also dropped when the answers weren’t anonymous: from 14 days a month to just seven. Further, single women changed their answers on overall ambitions and leadership abilities.

All of these factors were only the case for single women in the study. Married women didn’t change their responses, and neither did men.

The researchers also did experiments to see if women rated their ambitions higher when they only had to share them with other women, versus if they had to also share their career desires with men. When single women discussed the type of job and work hours they wanted just with other women, 68 percent of single women said they wanted a higher paying job that would require 55-60 hours of work per week. When single women had to discuss these same goals with men, only 42 percent of women said they wanted the higher paying, more time-intensive job.

We tried to get in touch with the researchers behind the study to see how their findings help shed light on other studies that have come out recently, but didn’t hear back in time. What seems clear, though, is that women not only feel they have to downplay their ambitions so they seem like a better partner to men, but also face a lot of other barriers to success at work.

While some studies get at how women can be supported by their colleagues and bosses with tangible steps, it’s less clear how women can work through the trade-offs forced on them by a tough workforce and men who prefer women who don’t have as much career success as they do.

Have you downplayed your work ambitions because you fear what men will think? Tell us about it on Twitter @BritandCo.

Elizabeth King
Elizabeth King is a politics, history, and culture writer based in the Twin Cities. She is generally pretty cranky but still enjoys traveling, music from the early 2000's, and plotting the resistance. Feel free to say hi on Twitter at @ekingc or check out some of her work at www.elizabethcking.com.
study
Womens Health
study