The Simple Reason Your Kid Is Obsessed With Junk Food 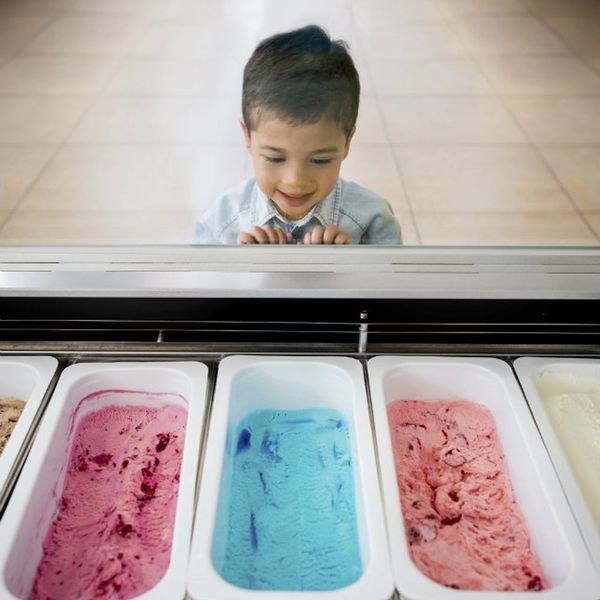 We’ll admit it: Our collective sweet tooth is strong. Whether its gummy bear shots or a handful of pink Starburst, we can seriously appreciate some junk food (in moderation). But we also know that the real reason we crave chips and candy is often because we’re just bored, so we’ve gotten pretty good at being mindful and resisting our cravings. Kids, however, don’t have the same level of self-awareness or willpower when it comes to junk food. A new study out of Western University in Ontario found that the longer a child spends simply exposed to junk food, the higher their chances are of consuming it.

The study, recently published in the Canadian Journal of Public Health, followed 659 students between the ages of nine and 13 in London, Ontario for two weeks with the help of a GPS tracker. The tracker recorded any time the kid got within 50 yards of any place they could potentially buy junk food, and then recorded how long they were in the area. The kids were also given journals to record any purchases they made.

And surprise, surprise! The study found that the longer a child stayed in the store, the more likely they were to buy junk food. Specifically, if they were only around for less than a minute, they had a 1.7 percent chance of buying something bad for them. The chances increased to 17 percent if they hung around for 15 minutes or more. Additionally, kids were more likely to purchase junk food on the way home from school than any other time, and were even more apt to buy if they were accompanied by a parent (we’re guessing ’cause they had the dolla dolla bills).

Lead researcher Dr. Jason Gilliland says, “This study’s findings have significant implications for municipal planners, school board officials, public health officials and other decision makers. This provides clear evidence that bylaws and policies should be enacted that restrict the concentration of junk food outlets around schools.” Basically, kids need help when it comes to making healthy choices, and city policies and more nutrition education is key. It takes a village, right?

To help fight the good fight, Gilliland and his team have created a smartphone app called SmartAPPetite that shows kids healthy food options around southwestern Ontario. It’s something he hopes to expand in the future, but it’s a great first step in showing kids that there are ways to make healthier choices on the reg.

So, what to take away from this study? Discourage your kids from heading to convenience stores and candy shops with friends (and definitely don’t take them there yourself!), and encourage them to break out their bike or walk to their friends houses. As Gilliland says, “This [study] suggests the powerful influence that parents can have on their children’s eating habits and the need to be mindful of this. It also suggests that an active mode of travel may be healthier, not only for physical activity, but also for nutrition.” Now that we think about it, that’s pretty solid advice for ourselves too.

Do you have rules set for the kind of junk food your children can eat and when? Tweet us @BritandCo and tell us the details!

Megan Parry
Megan Parry is a lifestyle writer living in Philadelphia where she's making generous use of her library card, obsessively reading friends' natal charts, and learning how to differentiate between "dried apricot" and "juicy apricot" notes in wine.
study
Health
study