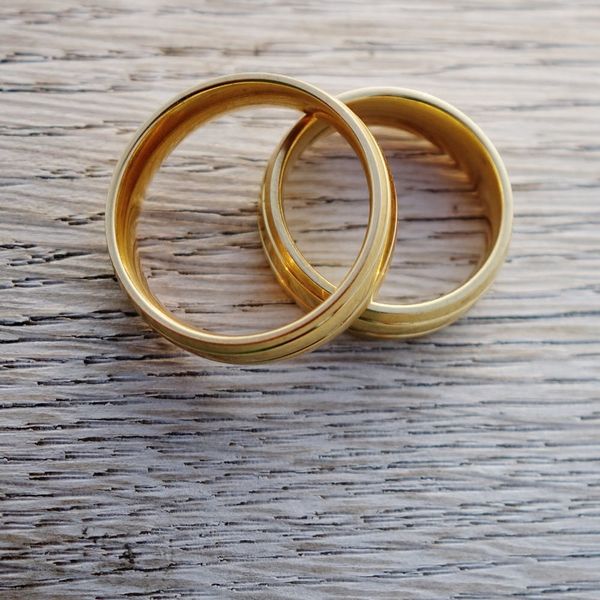 Present-day child marriage is a serious problem most associated with impoverished nations where education and reproductive care is difficult or impossible to access, but the truth is child marriage still happens — legally — in the United States. In fact, more than half of US states (26 to be exact) do not have a legal minimum age for marriage, according to a new report from PBS. And it’s not a small problem here, either. According to PBS, thousands and thousands of underage people are married every year in the US — usually girls, and usually to older men.

Not only do 26 states not have age minimums for marriage, but all states allow minors to get married under some circumstances (usually requiring at least parental permission), which may vary depending on the state. What this amounts to is thousands of underage marriages each year. Nearly all of these marriages occur in families that are rural and in poverty, author of American Child Bride: A History of Minors and Marriage in the United States Nicholas Syrett tells PBS.

Fraidy Reiss, founder and executive director of Unchained at Last, a non-profit organization that helps women and girls leave or avoid arranged marriages, tells PBS that people often have a hard time believing that arranged and underage marriages occur in the US. The statistics Reiss has uncovered in her work have certainly been under-reported, though they are staggering.

PBS reports that Reiss’s research led her to find records of almost 3,500 marriages for people under 18 in New Jersey (where Unchained at Last is based) between 1995 and 2012. The most common ages for married minors were 16 and 17, but at least one was as young as 13.

For the most part, the minors are girls, and their spouses are older men, Reiss told PBS. Just 14 percent of underage marriages between 2000 and 2015 married other minors, the remaining 86 were between minors and adults. Less than one percent of these underage marriages included children 14 years old or younger.

Less than one percent may sound like a somewhat comforting statistic given the topic, but when put in real numbers, it’s clear to see why this is a serious problem at any scale. PBS reports that three of the minors married between 2000 and 2015 were just 10 years old. Another two were only 11, 10 were 12, and 51 were 13. The number of 14-year-olds was significantly higher than these, with 985 married in that 15-year span. Remember: In all of these cases, kids’ parents and/or a judge are signing off on these marriages.

Several states have laws that set the minimum marriage age at just 12 to 14 years old. In all of these cases, minors are allowed to get married, but only if certain conditions are met.

The reasons why advocates for girls and children’s rights are very concerned about child marriage are obvious. According to Girls Not Brides, a global partnership of thousands of organizations fighting child marriage, children who are married are usually very isolated because of their arrangement. Young girls are also at greater risk for contracting STIs, and experiencing complications with pregnancy. They are also more likely to suffer from domestic violence.

Child marriages are a dangerous risk factor for girls who live in rural poverty, and more action is certainly needed in order to address the issue. Although the number of underage marriages is in decline in the US, even one child marriage is too many.

What do you think about the fact that children of any age are legally allowed to marry in 26 states? Tell us on Twitter @BritandCo.

Elizabeth King
Elizabeth King is a politics, history, and culture writer based in the Twin Cities. She is generally pretty cranky but still enjoys traveling, music from the early 2000's, and plotting the resistance. Feel free to say hi on Twitter at @ekingc or check out some of her work at www.elizabethcking.com.
Empowering Girls
Current Events
Empowering Girls
More From Current Events