These Books Have Hinge Users Buzzing 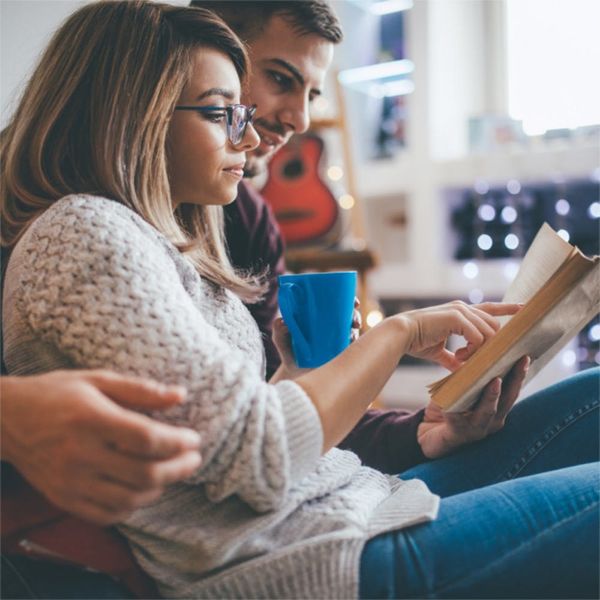 Earlier this year, dating app Hinge announced a relaunch that revamped the way users interact with potential love interests. Instead of operating on the often-frustrating Tinder “swipe system,” the new Hinge prompts daters to set up more in-depth profiles, which allows increasingly personal connections between matches. Users can now more easily find common ground based on their favorite books, music and more.

1. Sapiens by Yuval Noah Harari ($35): This smart exploration of human biology and evolution was selected as a summer reading pick by several high-profile heavy hitters, including President Obama and Mark Zuckerberg. No wonder this read is all the rage!

2. The Alchemist by Paulo Coelho ($17): The Alchemist is a simple fable about self-discovery and the search for wisdom, written in a magical tone. In the quarter-century since it was first published, this modern classic has sold millions of copies.

4. A Gentleman in Moscow by Amor Towles ($27): It’s 1922, and Russian Count Alexander Rostov has been imprisoned in a luxury hotel across from the Kremlin. You (and your potential date) will be blown away by the lessons Rostov learns in his small attic room.

5. Ready Player One by Ernest Cline ($17): This engrossing novel reads like the world’s most exciting virtual reality video game, but you’ll love it even if gaming is NOT your thing. Prepare for a marathon reading session, because you won’t be able to put this one down.

6. Just Mercy by Bryan Stevenson ($16): A crusading lawyer tells the story of his mission to right the wrongs imposed by our criminal justice system. You’ll be fired up and ready to discuss how we can fix what’s broken — and apparently there are plenty of fellow Hinge users who want to do the same!

7. Station Eleven by Emily St. John Mandel ($16): Imagine a deadly pandemic has swept our world and we’re all forced to consider the parts of our lives most meaningful to us. Throw in a bit of Shakespearean magic and a heavy dose of beautiful writing, and you have Station Eleven.

8. When Breath Becomes Air by Paul Kalanithi ($25): At just 36 years old, Kalanithi learned that he had stage IV lung cancer. This book, written during the final months of his life, explores what he learned in the transition from high-powered physician to terminal patient.

9. All the Light We Cannot See by Anthony Doerr ($27): Check out this Pulitzer-winning novel even if you’re not a history buff. You’ll quickly be absorbed by the story of two children whose paths cross at a brutal moment during World War II.

10. Shoe Dog by Phil Knight ($29): Nike’s founder opens up for the first time about the start of the company. This book should appeal to shoe lovers, workout junkies and start-up experts alike — which explains its popularity on Hinge!

Do you talk books with your matches on dating apps? Tweet us @BritandCo!

Alli Hoff Kosik
Alli Hoff Kosik is a freelance writer who is passionate about reading, running, rainbow sprinkles, her lipstick collection, watching embarrassing reality TV, and drinking pink wine. She lives in Brooklyn with her husband and (in her dreams, at least) three golden retriever puppies. Listen to her talk books on The SSR Podcast.
Books
Home News
Books