This Barre Workout Might Be the Fitness Newbie’s New Fix 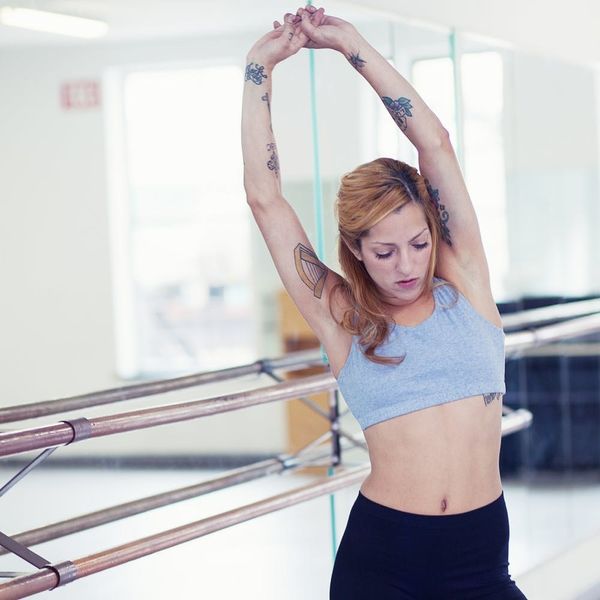 You know the drill: new year, new fitness overhaul. I’m certainly not above that resolution health grind — after a stress fracture killed my running game in 2014, I’ve been on a mission to find the perfect workout to replace the jogs I so loved. And with gyms and independent fitness studios offering January deals by the dozen — and more than a few holiday cocktails to work off of the waistline, let’s be real — there’s no better time than the present to start something new.

She’s definitely biased, but barre3 CEO and founder Sadie Lincoln would strongly suggest that your “something new” be barre3 — a type of patented barre workout where postures are held for a long period of time, like in yoga, with small and large movements added to the mix for improved conditioning. For the month of January, the studio will be offering B3 All In, a comprehensive fitness and nutrition program in partnership with integrative medicine expert Dr. Frank Lipman. And, Lincoln insists, even people new to barre fitness — or, honestly, any fitness — can benefit.

“It’s really good for new people because there’s nothing complex about it,” Lincoln explains to me by phone from her Portland, Oregon home base. “One of the biggest barriers is people worried that they’re going to look like an idiot. But we really follow this simple sequence: It’s designed to challenge an elite athlete or someone who’s new and not really familiar with their body.”

Lincoln and her husband started barre3 nearly a decade ago, but Lincoln was hardly a fitness newb. She’d taught every type of group fitness imaginable for 20 years, and her body was getting frustratingly worn out. In between injuries, it became increasingly difficult to get a deep workout. So she and her husband sold their home, and invested the money from the sale into a dream studio.

“We have a unique approach called the adoptive teaching method, so we teach clients to adapt each program to meet their body’s needs,” Lincoln explains. “Adapting isn’t about doing less-than or doing the easier route, but about getting the most out of what they want. You leave class feeling amazing and not depleted, and feel even better tomorrow.”

And while it’s easy to think of barre workouts as a ladies-only environment, Lincoln is quick to point out that barre3 includes a number of male pro-athletes among its clientele. “I have a following with NBA basketball players,” she says. Color me intrigued!