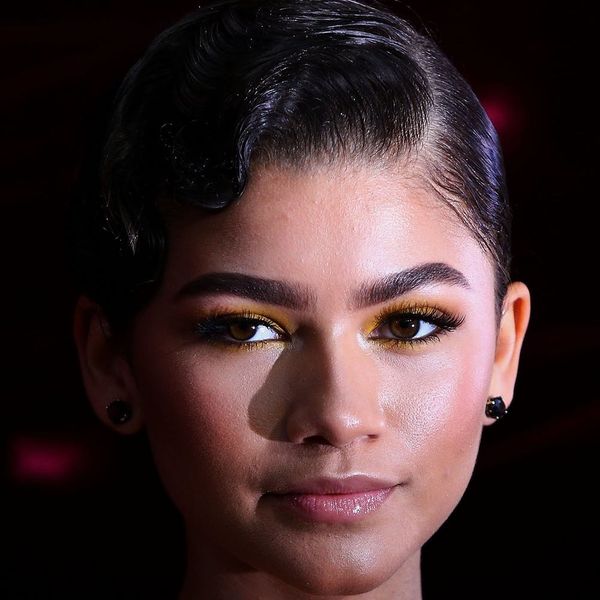 If anyone can pull off an edgy look, it’s Zendaya — girl wore a mullet to the Grammys for Pete’s sake! — but the 21-year-old may just have outdone herself at her latest red carpet appearance!

The Greatest Showman actress showed up to the Australian premiere for the film in a butterfly ensemble even the butterfly queen herself, Vanessa Hudgens, would likely swoon for.

Designed by Jeremy Scott for Moschino’s spring/summer 2018 line, the floor-length, asymmetric gown mimicked a classic monarch butterfly with its realistic pattern, orange and black color palette, and shapely wing embellishments. The runway version even included antennae sprouting from the right shoulder (though Zendaya opted to leave that detail off her red carpet recreation).

The “Keep It Moving” singer went all out with her makeup look, which featured highly pigmented yellow eyeshadow and visibly rosy cheeks. As for her hair, she kept it simple, leaving the focus on the dress, donning an elegant updo with a deep side part and sleek finger waves.

We can’t wait to see what kinds of dazzling outfits she’ll wear in the new musical film (in theaters now)!

What do you think of Zendaya’s butterfly look? Tweet us @BritandCo!