This Is How Much Time You Really Waste at Work 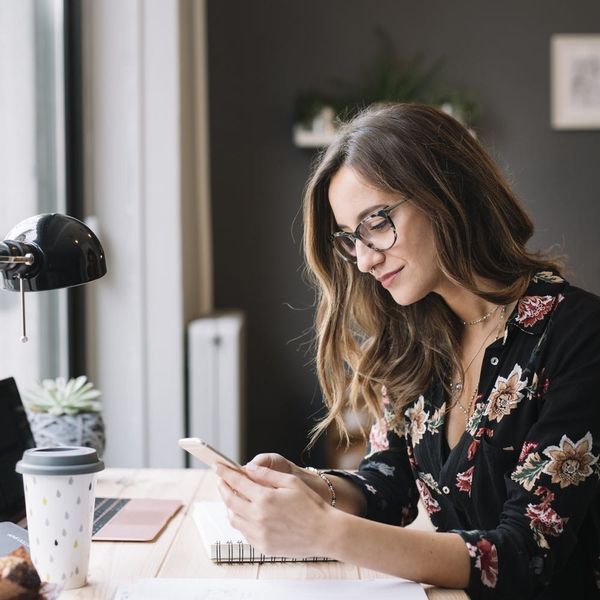 The time spent keeping up with any Kardashian drama, lip-syncing along to Ariana Grande’s new music (still not over it), and Snapchatting your new boo back basically amounts to a full-time job that actually, er, sometimes interferes with your real one. If you catch yourself reaching for your phone every few minutes, logging onto your personal accounts on your work computer, or simply staring off into space a little too frequently, then you’re likely part of the shocking percentage of people who disengage for more than 60 minutes each work day — and that’s in addition to lunch and other breaks.

According to a survey by RingCentral’s Glip, a company working to revolutionize business communication and collaboration, 22 percent of C-suite members and 34 percent of managers and directors confess to “checking out” for more than an hour per day. (So it’s not just the entry-level people being unproductive.) When added up over the course of the year, this equates to six or more weeks of work missed, meaning it’s as though your first day of work for 2019 was on February 14! And according to the results, members of Generation Z and millennials are twice as likely as their older counterparts to mentally check out while on the clock.

Despite these seemingly dismal findings, employees still claim to be super motivated. The survey found that 93 percent of workers feel driven and motivated at work. Eighty-eight percent even say they give their job their all. So if you’re one of these people — social-media obsessed but still earnestly trying to perform your best — try these tips from Elizabeth Gilbert, a PhD-level researcher for Psychology Compass, about how to stay tuned in.

1. Install a web-blocker on your computer that disables you from seeing certain apps and websites during work hours.

3. Inform your family and friends you’re turning off your phone during the workday so you don’t feel pressured to communicate with them.

4. Use the “Pomodoro Technique” during which you turn off all distractions, set a timer, and force yourself to work for the allotted time. Then reward yourself with a short break (no more than five minutes) to check social media.

5. Brainstorm “if-then” action plans so you’re prepared when distractions do arise. For example, “If my chatty colleague comes in to talk about our favorite show again, then I will tell her I’m unavailable to talk right now but would love to catch up over lunch.”

Ultimately, Gilbert says the most important thing is proactivity: “Plan how to avoid tempting distractions in the first place. When you see an Instagram pop-up or your phone buzzes with new texts, your brain is immediately distracted and craves the little dopamine hit that checking social media or engaging in that temptation can provide. It’s hard to turn it down in the moment. It is much easier is to avoid the temptation in the first place.”

RELATED: This Schedule Trick Will Save You Time, Stress, and Energy

Annamarie Higley
Annamarie is a Californian who's been plopped in the middle of Missouri for her undergraduate studies in magazine journalism. She's a hiker, an eater, a lover of words. In her opinion, nothing beats a well-made breakfast sammy or a well-crafted sentence.
Adulting
Work
Adulting Career Advice