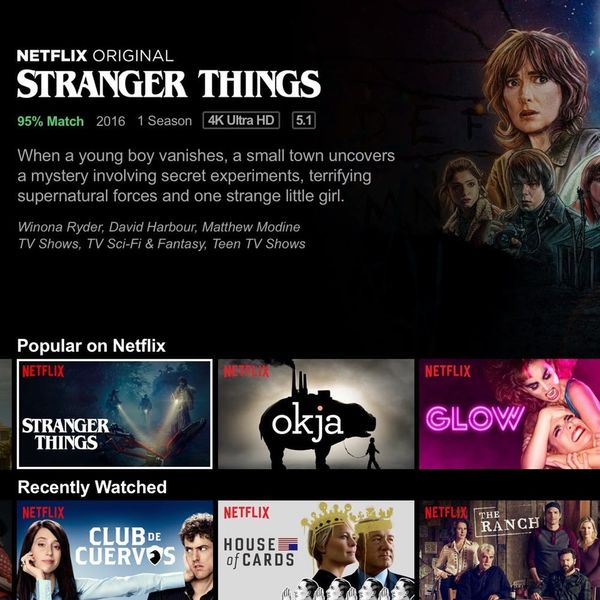 As Netflix develops more and more original content for us to binge-watch — it doubled its output this year alone — it’s also getting better at knowing exactly what we want to see. It seems simple enough: If you watch Orange Is the New Black for hours at a time, a basic algorithm might suggest more “comedies with a strong female lead” for you to watch. But the Netflix recommendation system actually goes WAY deeper than that — and it’s kinda cool.

In a recent Wired interview, Netflix’s VP of product Todd Yellin admitted that he tricked his wife into watching Marvel’s Jessica Jones. She wasn’t a fan of superhero stuff, he said, but he knew that based on her other viewing interests — specifically her preference for female protagonists — she’d love it. He was right.

With last month’s release of Marvel’s The Defenders — which brings together the characters from Netflix’s previous Marvel shows Daredevil, Jessica Jones, Luke Cage, and Iron Fist into one show — Netflix plans to further refine not only what it suggests that you watch, but also what kinds of shows and movies they make in the first place.

The thinking is that the viewing habits that brought people to each of the individual Marvel shows vary wildly. For instance, Yellin told Wired that the top lead-in show for Luke Cage was Narcos. For Iron Fist, it was a Dave Chappelle special. They plan to backtrack through multiple gateway shows and make some sense out of where they all overlap.

By paying close attention to this otherwise unpredictable data, Netflix can get a whole new idea of what audiences of its original programming like — and hopefully bring us some of their best original shows yet.

Do you watch the recommendations Netflix makes for you? Let us know @BritandCo!