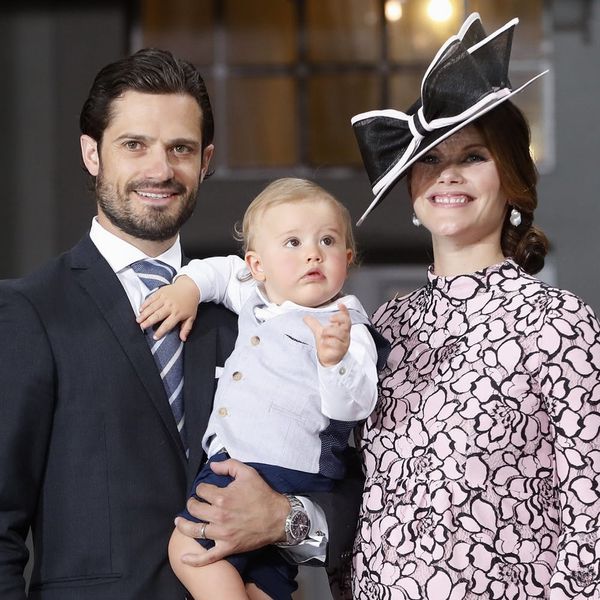 It’s royal baby fever! Hot on the heels of the announcement that Duchess Kate and Prince William are expecting their third child (!!!) comes yet another piece of baby news on the monarchy front. Princess Sofia and Prince Carl Philip of Sweden, who welcomed their second child into the world on August 31 (the 20th anniversary of Princess Diana’s passing), have just revealed the name of their baby boy.

The Swedish Royal Court confirmed the name on its official Instagram account after it was announced by his grandfather (the current reigning monarch), King Carl XVI Gustaf, during “a specially convened cabinet meeting.”

Prince Gabriel is sixth to the line to Sweden’s throne, right behind his one-year-old brother, Prince Alexander, Duke of Södermanland. He is reportedly the first person in the history of the ruling house to hold the name Gabriel, with Carl being the most common choice. As for Walther, it’s slightly more sentimental, with his great-grandfather also bearing the name.

As for his title, Duke of Dalarna, the li’l prince shares that with his father, who is duke of the same region. It’s located “in central Sweden, with its western edge bordering Norway in the Swedish mountains.” As Sweden’s own official tourism website points out, “Dalarna seems to get first dibs on imagery that is considered more Swedish than ABBA and IKEA combined.” Judging by the Insta snap above, we couldn’t agree more.

Congratulations to the happy parents!

Which royal family gets you most excited? Tweet us @BritandCo.