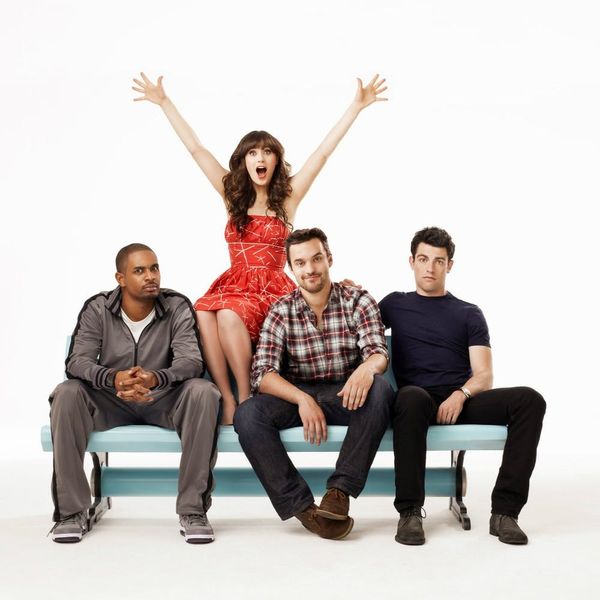 Television is truly a beautiful thing. Without it, we wouldn’t have Rob Kardashian and Blac Chyna’s epic new show, the suuuuper binge-worthy Narcos (time to start watching these four shows now that Narcos season two is done!) or the glorious competition show that makes all our bedazzled dreams come true: Dancing With the Stars. Finally, after a long and painful summer in which we suffered from small screen withdrawal, there are TONS of exciting new shows hitting the airwaves this month, plus, a lot of our faves are making their grand return. Here are the deets on when (and where) you can catch them all!

1. Dancing With the Stars, September 12, ABC: Four words: Amber Rose and Vanilla Ice. Okay, that was five words, but you get where we’re going! By far the most buzzed-about celebs to be taking part in season 23 of the show (we can’t believe it’s been on the air this long already!), Amber and Vanilla will surely draw millions of eyeballs to the small screen on premiere night, ours included. (Photo via Dancing With the Stars/ABC)

2. The Big Bang Theory, September 19, CBS: Everyone’s fave nerdy comedy is coming back for its 10th (wow!) season, which will see the introduction of some highly anticipated new characters. Most notably, Howard and Bernadette’s baby (if we’re lucky), and we’ll finally get to meet Penny’s family, namely her mother and brother. Not much is known about them yet, but it has been confirmed that Katey Sagal will play Penny’s mom while Jack McBrayer will portray her ex-con brother. (Photo via Monty Brinton/CBS)

3. The Voice, September 19, ABC: Okay, so The Voice hasn’t been quite as successful with its winning contestants as, say, American Idol, but maybe the addition of Miley Cyrus and Alicia Keys to this season’s judging panel could be the key to giving the show new life! (And don’t even get us started on all the cray outfits that Miley’s sure to show off.) (Photo via NBC)

4. New Girl, September 20, FOX: Zooey Deschanel will be making her directorial debut (!) with the premiere of season 6 of New Girl. The first episode will pick up three months after the nail-biting events of the season five finale, which saw Schmidt supposedly miss his own wedding to Cece. Megan Fox will also be back to take part in eight episodes mid-season. (Photo via New Girl/FOX)

5. Scream Queens, September 20, FOX: Season one was all kinds of wild, outlandish and maybe even a little confusing (which was just part of the charm!), and the followup season promises more of the same. In the finale, we saw that Kappa Kappa Tau had been rebuilt, and were left to find Chanel waking up with the Red Devil by her bed, so what will happen next? There’s only one way to find out! (Photo via Scream Queens/Fox)

6. Empire, September 21, FOX: Given all that’s happened in just two seasons of Empire, we cannot WAIT for the season three premiere later this month. Show favorites like Terrence Howard and Taraji P. Henson will be reprising their central roles, and there will be plenty of new faces, to boot: Mariah Carey has signed on as a character named Kitty — eee! Oh. And need we mention the tons of new, totally addictive music? (Photo via FOX)

7. How to Get Away With Murder, September 22, ABC: HTGAWM became a smash hit the second it aired back in 2014, and now that we’re two seasons in, we can safely say we’re beyond addicted. Viola Davis will be back in our living rooms later this month as she kicks off season three, which is slated for 15 episodes. Here’s a little teaser: With Wallace Mahoney’s murder unsolved, the “Keating 5” struggle to move on with their lives as they start their second year of law school. (Photo via ABC)

8. The Flash, October 4, The CW: What started out as yet another superhero show has really solidified itself as a fan favorite. Telling the story of DC Comics’ beloved Barry Allen/Flash character, the series is ready to come back stronger than ever with 23 action-packed episodes of season three. Some exciting news: Kevin Smith will direct the seventh episode. (Photo via Joshua Blanchard/Getty)

9. Jane the Virgin, October 17, The CW: We’ve been in love with Gina Rodriguez since her Jane debut back in 2014, and two years later, we’re still completely obsessed. The last time we met with our heroine, she and Michael were busy trying to ensure that their wedding plans didn’t completely fall apart, and were also treated to a special appearance from Bruno Mars. We’re excited to see how season three deals with all of the finale’s cliffhangers, but most importantly, we need to know if Rafael will confess his feelings for Jane! (Photo via The CW)

10. Crazy Ex-Girlfriend, October 21, The CW: We weren’t sure what to expect from this musical / comedy / drama when it first debuted last year, but now that we’ve fallen for the quirky characters, we’re totally ready for season two — especially with Pitch Perfect’s Brittany Snow on board! In the last episode we saw, Rebecca’s world was turned upside down when she showed up to Jayma’s wedding, and we can only imagine how she’ll recover from the drama in October’s season premiere. Yes! (Photo via Crazy Ex-Girlfriend/The CW)

Which TV show’s return are you most excited for? Tweet us @BritandCo.