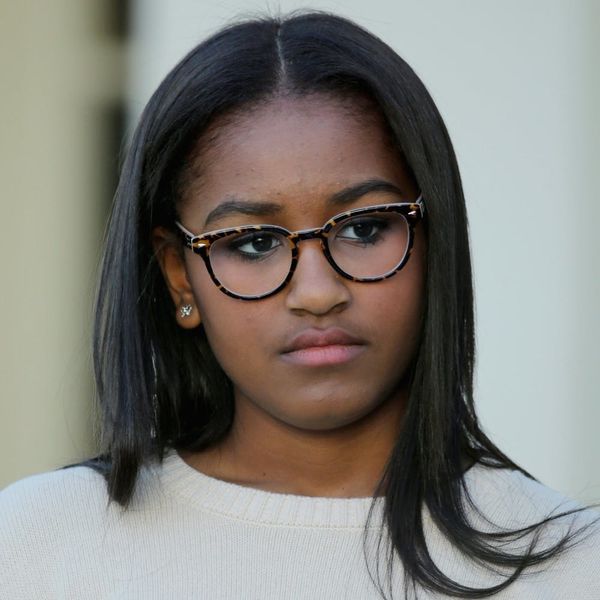 If you shed a tear or two while watching President Obama’s farewell speech last night, you certainly weren’t alone. The emotional address touched the nation, from one coast to the other. Barack was an inspiration, Michelle was pure class and when Malia wiped away her tears… oof! But where was Sasha? Peeps couldn’t help but notice that the President’s youngest daughter was missing, and the reason why is kinda irksome.

Pres. Obama to daughters #Malia and #Sasha: "Of all that I have done in my life, I’m most proud to be your dad." pic.twitter.com/jSS6oolwcd

We’re totally aware that the Obama daughters are studious and responsible, but you’d think that exceptions could be made on occasion. But nope, the 15-year-old high school sophomore Sasha missed her dad’s farewell speech and had to stay back in Washington, DC because it’s exam week.

Omg Sasha has to take a damn science exam tomorrow this is NOT RIGHT pic.twitter.com/NWsLj2URfC

Specifically, she had to take a science exam this morning, and apparently the school peeps aren’t willing to reschedule, even if your father is making history.

Do you think Sasha should have been allowed to reschedule her exam so she could attend the farewell speech? Tweet us @BritandCo!