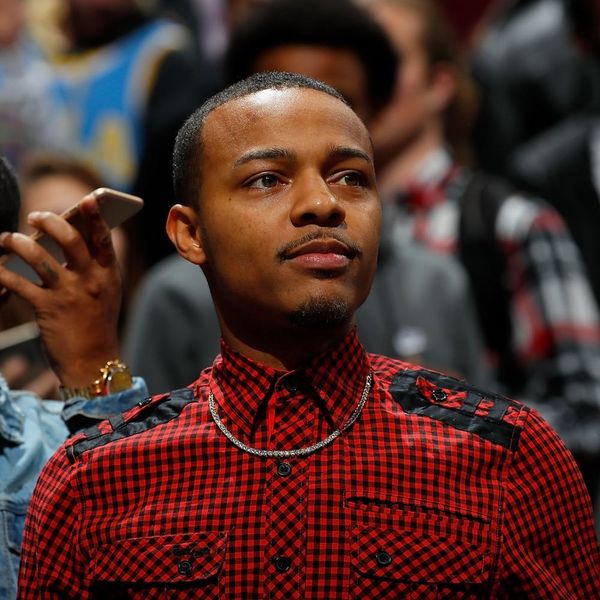 Can’t… stop… cringing. Seriously, there’s no lack of embarrassing incidents stemming from the wild & whacky behavior of the stars — we’re looking at you, Jennifer Lawrence, Drake, and Adele — but this latest sitch may in fact be the most awkward celeb lie EVER. And, just as you would expect, the internet is all over it.

It’s not unusual for the rich and famous to try to impress us with their luxe lifestyles, but what isn’t so usual is to find out that their claims are a total (cringe-worthy) lie. However, it *can* happen. Just ask Bow Wow.

Travel day. NYC press run for Growing Up Hip Hop. Lets gooo. I promise to bring yall the hottest show EVER. May 25th on @wetv

Apparently traveling to New York for his Growing Up Hip Hop press tour, the 30-year-old posted a slick pic of luxury cars and a private jet to his social media feeds. Adding the message, “Travel day. NYC press run for Growing Up Hip Hop. Lets gooo. I promise to bring yall the hottest show EVER. May 25th on @wetv,” it all looked pretty impressive.

That is, until a few people totally blew it up as a blatant lie.

Bow Wow was indeed flying to NY, but not on a private jet. And one Twitter user had the proof. With the dude posting his own pic showing Bow Wow as his co-passenger, he added the caption, “So this guy lil bow wow is on my flight to NY. But on instagram he posted a picture of a private jet captioned ‘traveling to NY today’ smh.”

Are you cringing yet? Because that’s not it! The internet community wasn’t about to let this one go so easily and put their sleuthing skills into full effect. Naturally, they completely unwound Bow Wow’s lie. If you take a peek back at the pic the rapper claimed was his own, you’ll notice a certain similarity with a promo shot from Fort Lauderdale VIP Transportation’s website.

Of course, Twitter had something (side-splittingly funny) to say about the fib…

Passenger on Southwest: Bow Wow is that you?

Let Bow Wow be a lesson: Stop comparing yourself to folks on social media. Most of them aren't living how they claim.

What do you think about Bow Wow’s lie (and the internet’s reaction to it)? Let us know @BritandCo!

Desiree O
Desirée O is a ‘Professional Bohemian’ who loves anything and everything related to the arts, entertainment, and pop culture. She ADORES being a ‘Newsy’ for Brit + Co, covering all of the latest tidbits of awesomeness that you want to read about. When she’s not writing, she’s either making messy art, going on long adventurous walks with her camera, or poking around over at bohemianizm (http://www.bohemianizm.com/). You can find out about Desirée O and her work at http://DesireeO.com/ or follow her on Twitter @DesireeO.
social media
Celebrity News
social media
More From Celebrity News