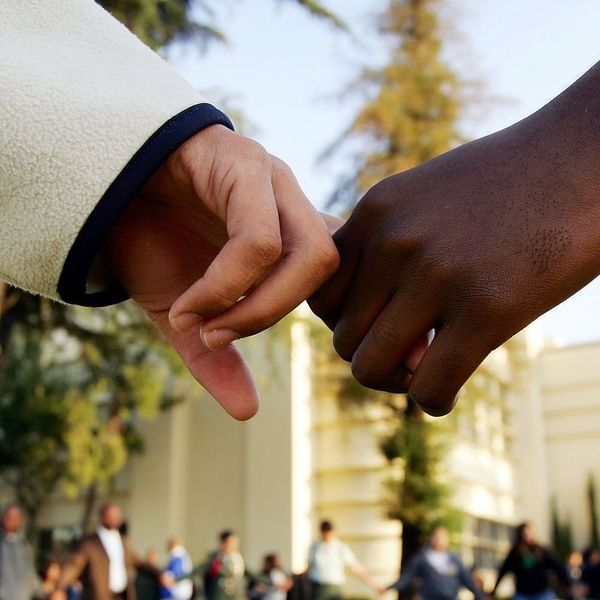 As we struggle to gain equality between the sexes and understand the issues surrounding it, there’s an area of concern that we may be overlooking: equality within our own gender, particularly with regard to race.

A new study by PsyPost published in The Psychology of Women Quarterly made that fact painfully clear, finding that when it comes to helping our fellow women, we’re seriously lacking in regard to race relations. The study was conducted by having 160 white college women read two different versions of a story in which a drunk woman was led into a bedroom by a sober man: one in which the names were typically “white,” such as Laura or Teresa, and another that indicated the female victim might be black (eg LaToya or Tenisha).

In their findings, researchers noted that the women were far less likely to say they would intervene in instances where the fictional potential victim was likely to be black based on their names, than in the cases where they were more likely to be white. “Our findings suggest that racial/ethnic differences between a white bystander and a potential victim interfere with white bystanders’ prosocial behavior,” said the study’s authors, Jennifer Katz and Christine Merrilees. “Although white students correctly perceived that black women were at risk in a pre-assault situation, they tended not to feel as personally involved.”

While the study did not look at race relations in the reverse to show if black women would be any more willing to help white women, the authors say their troubling findings support longstanding findings from other studies which point out the problems with race with regard to sexual assault. “Other researchers specifically have shown that negative stereotypes about women of color affect perceptions of black women who were sexually or physically assaulted,” the researchers said. “Within the social science literature, some types of people are perceived as more vulnerable and deserving of protection than others.”

Much more research into the matter is yet to be done (the author’s note, for instance, that different racial groups need to be studied, as well as other categories for gender, such as transsexuals), but overall, they hope their work will serve to put things into perspective for those struggling with concepts of white privilege. “We know it’s challenging for white people (like ourselves) to think deeply about issues related to race… such thoughts and conversations often elicit negative emotions such as guilt, defensiveness, or anger. We hope that studies such as ours will encourage awareness in a way that elicits positive intentions to overcome potentially unconscious biases.”

What do you make of Katz and Merrilee’s findings? Share with us @BritandCo.

Nicole Briese
Nicole is the weekend editor for Brit + Co who loves bringing you all the latest buzz. When she's not busy typing away into the wee hours, you can usually find her canoodling with her fur babies, rooting around in a bookstore, or rocking out at a concert of some sort (Guns N' Roses forever!). Check out all her latest musings and past work at nicolebjean.com.
Politics
Politics
Politics study