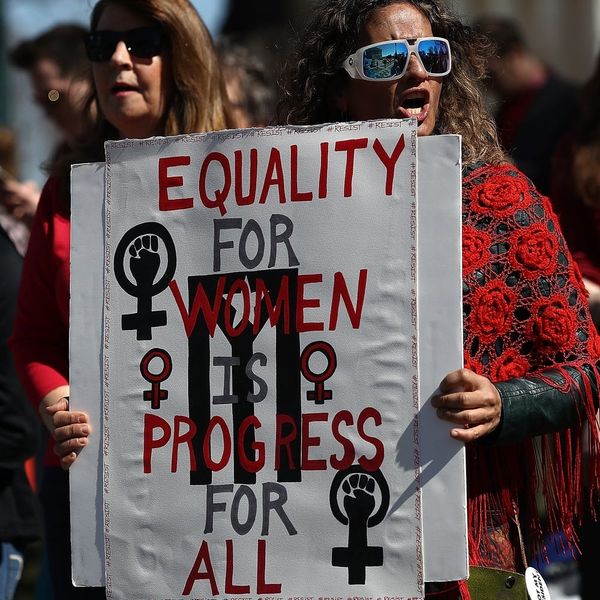 When it comes to gender equality, the US still has a long way to go: a fact that was made painfully obvious when the World Economic Forum released its rankings for worldwide equality.

Despite knowing where the gap is coming from, America is still way behind on global terms, especially with countries like Iceland making equal pay the law: As of 2015, women were reportedly making 72 cents for every $1 dollar earned by their male counterparts.

As it turns out, some US cities are faring far better than others when it comes to how big that gap actually is.

Real estate site Trulia did a recent study in honor of International Women’s Day to determine which areas in the US were the most progressive by comparing Census data from 2008 and 2015 to see where never-married women made the largest gains. While some areas (41 out of 100, to be exact) were consistent with World Economic Forum’s findings that we’re actually moving backwards, showing increases in the wage gap (blurgh), including San Fran, San Jose, and Seattle, it wasn’t all doom and gloom.

Nationally, the pay gap is down 7.1 percent from 2008, and did decrease in 55 areas total. Trulia stacked their increase percentages against other factors, such as percentage point differences in education and home ownership, to round out their list, and some of their findings just might surprise you. Find out if your city made the top 10 in wage increases for women, below!

CITIES WHERE THE WAGE GAP IS CLOSING THE QUICKEST

Check out the site’s findings in full here.

Are you surprised by Trulia’s list? Tell us over @BritandCo.