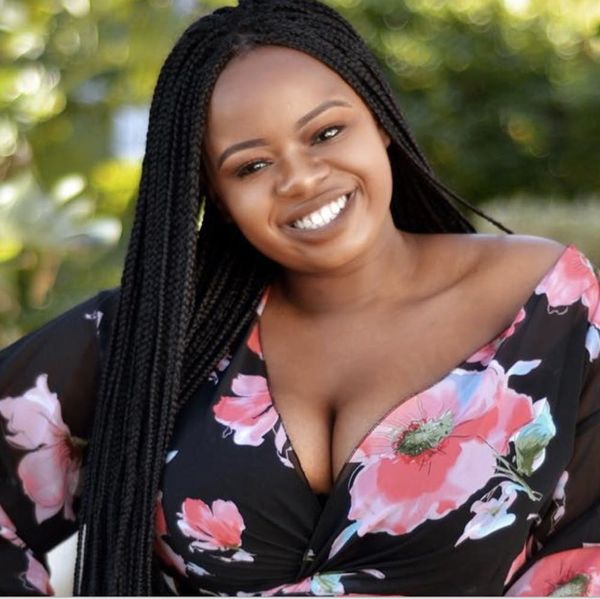 African plus model Lesego Legobane’s image was used by a Twitter user trying to make a meme pitting slim women against plus-size gals. After having seen the Tweet, Legobane issued a four-word response that proves wit — like beauty — comes in all sizes.

Using Legobane’s image alongside a slimmer model, Twitter user Leyton Mokgerepi’s “joke” was liked over 5,000 times and retweeted nearly 2,000. Within a few days, however, his “Girls that I like vs Girls that like me,” meme was viewed by Legobane, and her response truly is *chef’s kiss* perfect.

“I don’t like you,” Legobane clarified, and Twitter shooketh. With nearly one million likes and over 296,000 retweets — including love from Ariana Grande and Ava Duvernay — her simple, direct response to a ridiculous attempt at pitting two different women against each other was shut the hell down.

After being absolutely slammed, Mokgerepi tried to correct the damage done by sharing a pic of Legobane with the caption “Girlfriend Goals” alongside the fire emoji, but she wasn’t having it. She spoke to The Huffington Post about it, saying, “I hate it when men think that fat girls are desperate and that we like every other guy [because] we don’t have options. It’s utter nonsense. I can be fat and still be out of your league.”

As if the world needed another example of an obnoxious ass' 🙄 https://t.co/77WA0OFGfs

As for the other woman in the pic, swimwear model Joëlle Kayembe, she supported Legobane’s reaction by tweeting, “As if the world needed another example of an obnoxious ass” in response to the first tweet.

Legobane (known as fat gal Thickleeoncye on Instagram) is taking all the sudden attention in stride, however, telling HuffPo, “I’m overwhelmed by the love from people from all over the world, it’s [so] sweet!”

After getting messages thanking her for shutting down ignorant comments like Mokgerepi’s first tweet, Legobane said she wanted to share the response to remind people how beautiful they are.

“This is why body positivity on a public platform is so important,” she said, “because others [are] able to draw inspiration from me and I appreciate that. [It] means a lot to me that I can change someone’s perception about their physical appearance by loving my own.”

Have you ever shut down a body shamer? Tell us how @BritandCo!

Kat Armstrong
Kat has been a writer, social media maven and mom for longer than she's willing to admit. She's also spent time in front of and behind the camera, interviewing celebs, politicians and acting as a producer for fashion and artistic photography shoots. When she isn't writing for various orgs and publications, she's hanging with her kids, husband and French Bulldog, Peter, in Toronto, Canada.
Body Positive
Current Events
Body Positive Plus Size
More From Current Events