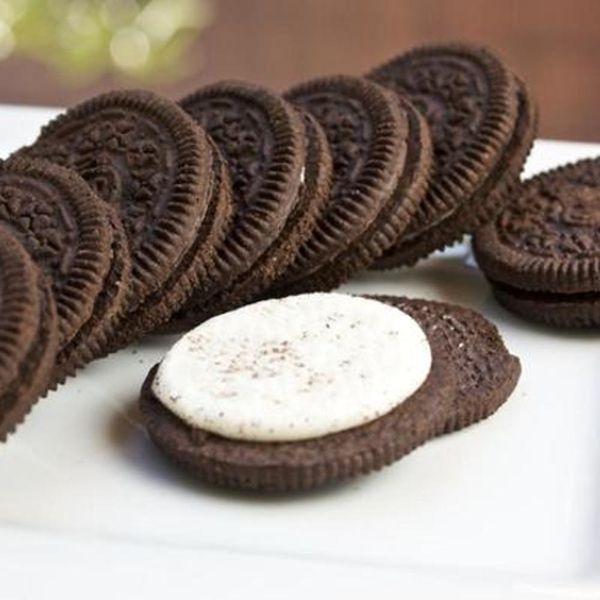 Whether you’re enjoying (or are totally being grossed out by) Candy Corn Oreos, Swedish Fish Oreos or even the soon-to-exist Peeps Oreos (yep, by this point the Oreos peeps are basically the mad scientists of the cookie world), there’s apparently a trick to knowing which side of the treat the icing will end up on. And not only that, this trick will apparently work every… single… time.

John Cannarella, Dan Quinn and Joshua Spechler, former graduate students in the mechanical and aerospace engineering program at Princeton University, are claiming that they’ve discovered how to tell which side of the cookie the Oreos icing will end up on EVERY time. During surely a totally reasonable use of their time, they came up with their method by using a truly involved testing system: They bought a helluva lot of cookies. Like, hundreds.

They then began pulling the tops of the cookies from the bottoms (recruiting friends to help out, natch), and even put the treats into a frame which is meant to see how objects react to repeated force. Eventually, they put a rotation rig into action in order to test a twisting action as opposed to a pulling action. Serious stuff, indeed.

Their conclusion? They traced the icing sitch all the way back to the way the cookies are first made. While Oreos are being popped together, hot filling is poured onto one side and then the second cookie bit is added on top, giving the icing more time to stick to the bottom cookie wafer.

THAT’S the side it will stick to when eventually pulled apart.

Pick a side? We taste a dilemma. #Oreo

So how can you tell which side that is? Here’s the trick…

Go ahead: Try it! And be sure to let us in on your results.

Can you predict which side the icing will end up on with Oreos? Tweet us @BritandCo!