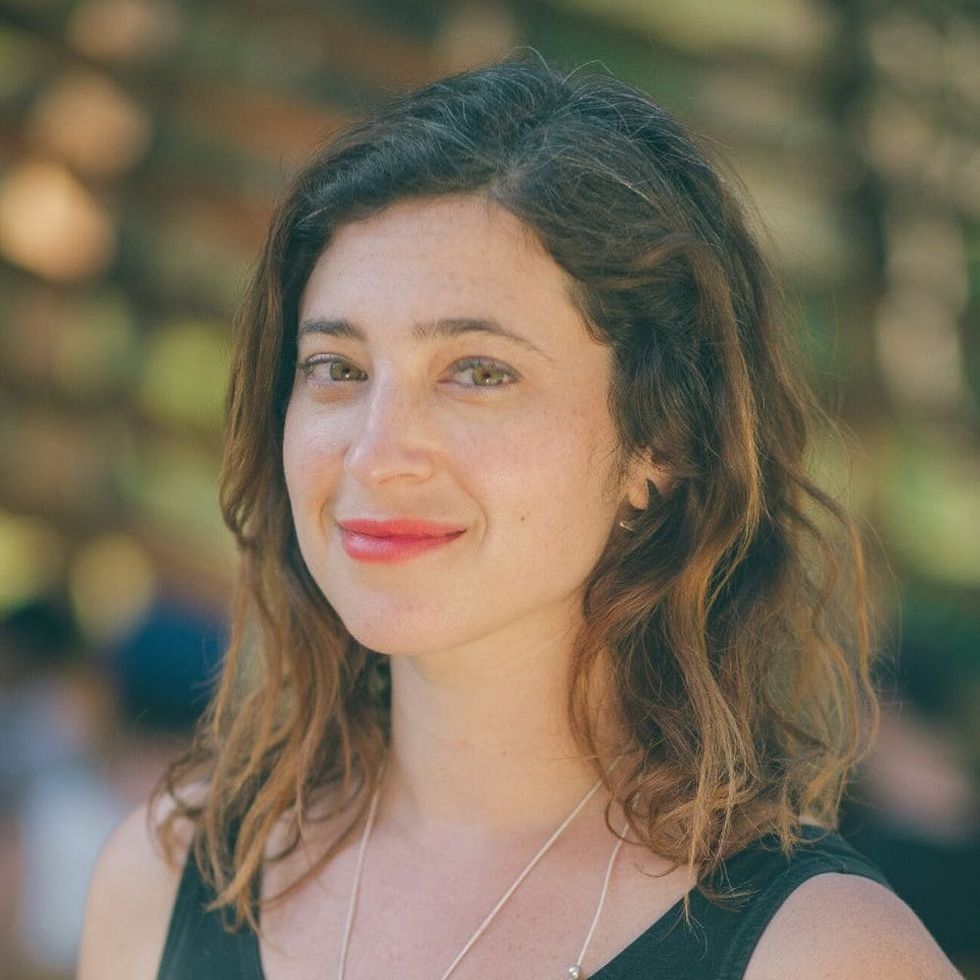 For years, journalist Erica Berger was a big believer in finding love online. She was one of the first of her friends to start joining dating apps, and as a self-proclaimed “word person” she thrived on the experience of writing and reading longer-form profiles in the days before quick swiping became the norm. Berger explains that, fresh out of college and new to New York City, she used dating apps as more than just a platform for meeting people: They were also key to helping her learn more about herself. “When you’re going on dates with strangers for the first time, it’s really a lesson in how you show up,” Berger tells us. “That was a really beautiful few years of learning how to try to show up as my best self and to cultivate a sense of empathy for when somebody would show up and they weren’t being their best self.”

Berger says she had some success in the relationship department. To avoid making snap judgments about someone based on how they showed up on a first date, she typically met up with each person at least twice, and her time in the online dating world set the stage for several relationships — each of which lasted a few months, all of which ended on pretty good terms. In 2016, after a period of self-reflection and personal growth that happened to occur at roughly the same time that swiping apps like Tinder and Hinge were really heating up, Berger started to sense a shift. After sharing some of her thoughts about the matter on Facebook, the journalist was asked to write a piece for Vox about how swiping ruined online dating. She wrote it, it went viral, and she deleted her dating apps entirely.

But Berger wasn’t done with dating.

Berger — an award-winning journalist, the host of the TBD Podcast, a board member of NPR Generation Listen, and a Forbes 30 Under 30 — took her search for love to a medium that fell more squarely in her comfort zone: email. “Texting is like opening the door to your bedroom,” Berger says to explain her chosen platform. “Email is like opening the door to your living room and having people welcomed into your living space.”

To open that door, Berger emailed 700 people… and then asked them if they would be open to setting her up on a date. Her email read: “I’m 30. I’ve been doing some reflecting and work on myself over the last few years. I’m feeling pretty great about my career, and love the home and community I’ve built. But I’ve decided to ask for some help in the dating and love department. This is an email asking you to set me up.”

Attached to the email was a Spotify playlist for inspiration, as well as a Pinterest “Dudeboard” so recipients would have a better sense of her physical type. Berger also included some fairly specific notes about what she was looking for in a partner: “Though I’ve been an equal-opportunity dater on apps for the last eight years, I’ve now determined that I’m into/or would like to be into curious, kind, charismatic, and generally healthy dudes. Think artsy and creative, not bros (this is a historical rather than aspirational fact). Added bonus for loving both New York and Los Angeles, and liking to travel internationally. If they’re close with their friends, I’ll be even happier — community matters to me, as you know.”

While dating apps have ultimately proven somewhat disappointing for Berger, she recognizes that this highly evolved description of the perfect partner wouldn’t have been possible for her to write had she not experienced those good years on the apps — the years that gave her the opportunity to meet and date a wide variety of strangers. “When I’ve dated people who don’t have a lot of friends or don’t cultivate community or enjoy hosting and gathering, it really takes away from my day-to-day experience,” she reflects. “It took dating to figure that out.”

The 700 people who received Berger’s email represented roughly one-fifth of her Facebook friends at the time. Most of the recipients were acquaintances, but Berger notes that she’d had at least one meaningful conversation with each of them over the years. She got many reactions — some questioning her readiness for love, some wishing an email like that had been their idea, some accusing her Dudeboard of being too aspirational, and some offering to be the one to take her on a date — and six dates. The six people who ultimately set her up were all people who she almost hadn’t emailed because she wasn’t totally comfortable reaching out to them.

“I think that as we become closer with people, we become more precious about our idea of who they should be with, and that really holds us back in setting each other up,” Berger says. “I think I would have already been set up had my close friends known people [they wanted to set me up with].”

A year after her initial email, Berger updated the recipients with another message, giving them an idea of what the responses had been like (the good, the bad, and the ugly). And although she hadn’t initially planned to share the story of her email experiment with a larger audience, in the wake of the #MeToo movement, she finally agreed to reflect on what had happened in an article for Thrive Global. “Not having productive, iterative conversations is what scares me the most. Communication is the only way to stand in love,” she expands.

For the time being, at least, Berger isn’t asking anyone else to set her up, primarily because she’s learned through this experience that some of the magic of starting a new relationship is lost any time you’re not meeting someone by accident — whether that’s because you’ve connected online or share a mutual friend. “I think there are certain types of people, like me, that really love the dance of meeting someone for the first time and becoming more and more interested in and curious about them,” she shares. “I think that’s really hard to do online, and it’s hard to do when people are setting you up. I thrive in a more natural, less direct environment.”

Berger isn’t sure that’s she’s “sold on marriage,” but after all the reflecting she’s done recently on how to find love, she is surely open to finding a meaningful partnership in whatever form it takes, as long as that natural, first-meeting magic happens.

How do you feel about emailing your family and friends asking to be set up on a date? Tweet us @BritandCo!

Alli Hoff Kosik
Alli Hoff Kosik is a freelance writer who is passionate about reading, running, rainbow sprinkles, her lipstick collection, watching embarrassing reality TV, and drinking pink wine. She lives in Brooklyn with her husband and (in her dreams, at least) three golden retriever puppies. Listen to her talk books on The SSR Podcast.
Apps
Relationships
AppsDatingInterviewLoveRelationship Advice