#TBT: The Surprising Middle School Tech That I Still Use Today 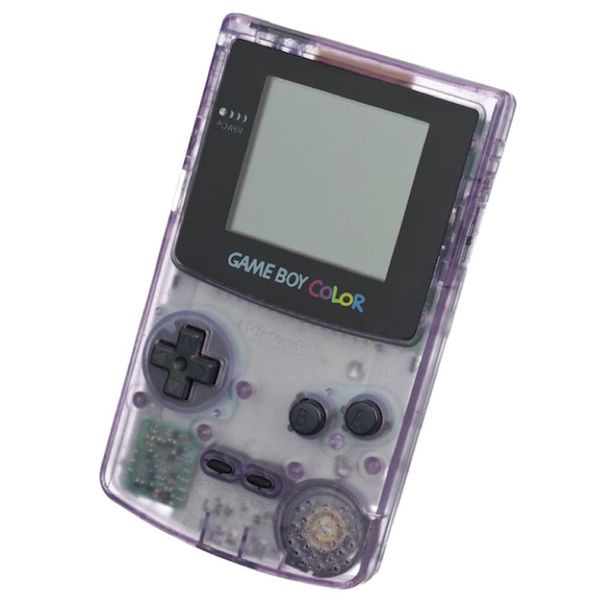 Do you remember your first phone? How about your first music player (walkman, boombox or *gasp* mini-disc player) or first game console? As children of the ’90s and ’00s, a lot of the tech boom happened during our formative years, and many of us left behind some defunct pieces of tech, likely still chilling in a box in our parent’s attic/childhood bedroom. Gone but definitely not forgotten. We want to use Thursday as a day to get nostalgic — techy, but old-school tech. Today’s walk down memory lane story is all about my Nintendo Game Boy Color — and how I STILL use it today.

I got my Game Boy Color in middle school, I think it was sixth grade. I remember that I really, really wanted it — possibly because the Nintendo 64 that my brother had promised we would both play and conned me out of birthday money to buy was definitely and irrevocably his. My Game Boy Color was the first piece of technology I’d ever had to my name, and something about that was kind of a big deal.

It was the coolest thing I’d ever held in my 12-year-old hand. The cool, clear, purplish plastic that exposed the super high-tech motherboard underneath, the screen that HAD COLOR and the little built-in speaker were all amazing to behold. Yep, with Game Boy in hand, I felt like a gaming badass.

One weird thing though, I never actually played many games on my Game Boy Color. Okay. To be specific, I have only ever played ONE game on my handheld console. That game is Tetris. I’d inherited the cartridge from my brother, and it came bundled with his original 8-bit black and white Game Boy. In fact, I remember being shocked when the little blocks magically transformed into colored shapes on my (seemingly massive) 2.36-inch screen. But, guys, in my defense, Tetris is a timeless game. Maybe that’s why I’m still playing it 16 years later.

Technology is always changing (case in point: all the iPhone 7 rumors on the Interwebs less than two weeks after the release of the iPhone 6S), but my Game Boy Color has somehow stood the test of time. I’ve taken it on various family vacations, it’s moved two continents with me and lived with me in various homes, from high school in Northern California to college in Southern California and even graduate school in New York City. My Game Boy Color has far outlived my brother’s N64 (ha!) or any other technology I’ve purchased since. And guess what? It still works perfectly. My laptop from five years ago has issues but my Game Boy Color games like a dream. It’s actually a great substitute for my iPhone when I’m bored (smartphone addiction remedy, anyone?).

And yes, that game is still Tetris.

Do you have any old tech you’d like to discuss on this series? Tell us in the comments below.

Kimberly Wang
Kimberly Wang writes about all things pop culture, tech, style, and beauty. She's a Bay Area transplant and has an MFA in Creative Writing from Columbia University. On a sunny New York day, you can find her hanging out with her mini schnauzer Isabelle Jellybean on a blanket in Central Park.
Nostalgia
Tech
Nostalgia