Will We Be Seeing a Tiffany Trump Jewelry Line in the Near Future? 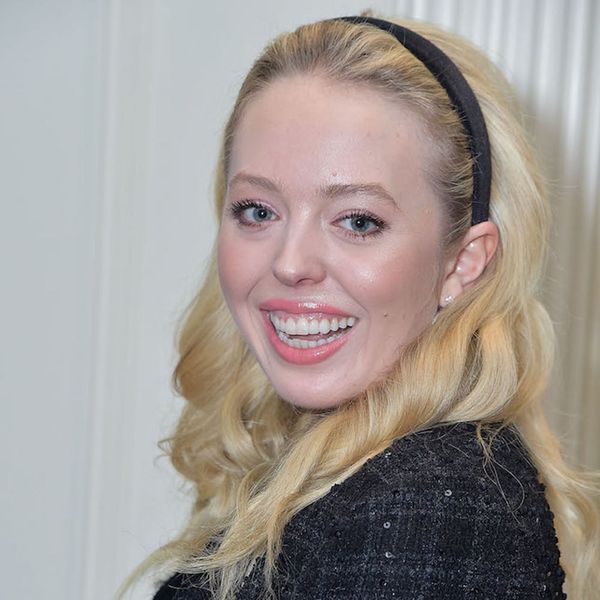 Tiffany Trump has a new hobby. The 23-year-old first daughter (who was reportedly named after the iconic brand) has taken to making jewelry.

@tiffanytrump stopped by to share some of her custom pieces strictly for #friendsandfamily but whats up @adwarren !!? We neeeeed pink #justdrew sweatpants!

On Wednesday, Blue & Cream, a Hampton’s boutique that once received a New York Times writeup describing it as a place that “sells expensive clothing to these young, mostly wealthy, mostly white people,” shared a video on their Instagram page featuring Trump’s creations. In the video, the youngest Trump daughter is wearing a silver necklace with an iridescent boxing glove charm on it and a chain with a purple diamond lightning bolt charm that she confirmed she made.

Under the short clip, the shop wrote, “@tiffanytrump stopped by to share some of her custom pieces strictly for #friendsandfamily.” Trump did confirm that she made them herself but she hasn’t begun retailing anything yet (perhaps after her sister Ivanka Trump’s fine jewelry line folded, she’ll take a different approach?).

“We are not selling the line in our store, but as a long time customer, she was excited to show off the pieces to Jeff Goldstein, the store owner,” Blue & Cream’s head of online, Jonah Redel-Traub, told Refinery29. “Our Instagram tries to capture the culture of East Hampton and she’s definitely a person of interest right now.”

But, who knows: If there is a demand for it, a Tiffany Trump Jewelry Collection may be in her future. Time will tell.

What do you think of Trump’s pieces? Tell us @BritandCo.