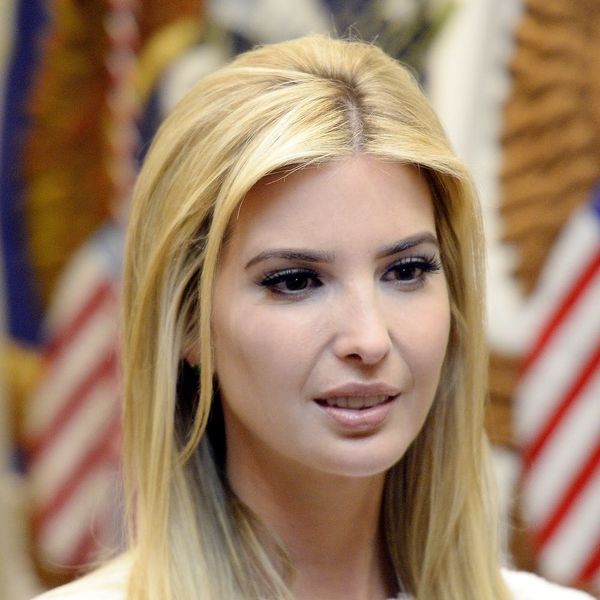 While the first daughter is no longer in charge of her eponymous brand (she stepped down and gave the position of president to Abigail Klem), her brand has been at the center of plenty of controversy. In 2017 alone, Kellyanne Conway gave an illegal endorsement, and news that her products have been heavily discounted or are no longer stocked in major retailers caused plenty of chatter. Now, Ivanka Trump Fine Jewelry is closing its doors.

However, the line of high-end baubles isn’t going away entirely. Rather, the brand will be refocusing their efforts with a relaunch. The collection, which Trump launched in 2007, will shift from extreme luxury to affordable luxury, according to Vanity Fair, due to their changing demographic.

According to e-commerce data tracking platform Lyst, Ivanka Trump’s sales jumped 346 percent from January to February, thanks in part to purchases made by her father’s supporters. Klem told Refinery29, “Since the beginning of February, they were some of the best performing weeks in the history of the brand. For several different retailers Ivanka Trump was a top performer online, and in some of the categories it was the [brand’s] best performance ever.”

Abigail Klem said in a statement, “As part of our company’s commitment to offering solution-oriented products at accessible price points, we have decided to discontinue the Ivanka Trump Fine Jewelry collection. We will be focusing our efforts on existing and new categories that are most relevant to our loyal customers — including fashion jewelry, which successfully launched last fall with price points that are aligned with the rest of our collection.”

What do you think of the Ivanka Trump brand’s new direction? Tell us @BritandCo!

Shea Lignitz
Shea can be found in the nearest bookstore or brewery, exploring the great outdoors, or blasting Led Zeppelin. She grew up in the cold and rain of Northern California's redwoods but is currently wandering around Texas.
Jewelry
Style News
Jewelry Politics
More From Style News