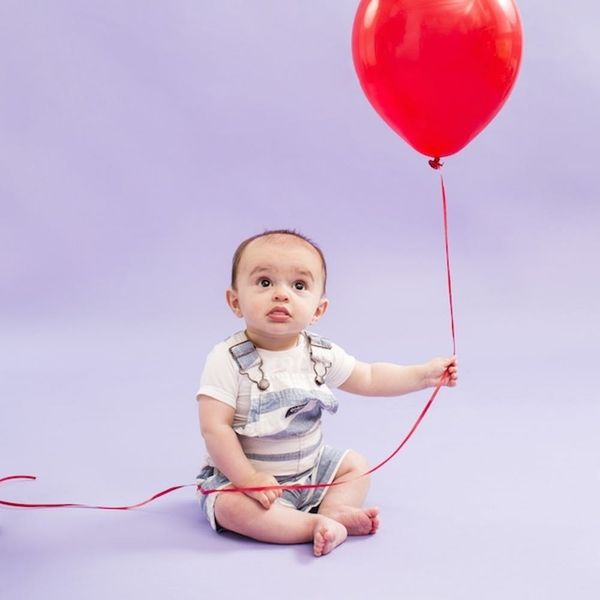 Few things are more fun than brainstorming creative baby names, but travel certainly ranks right up there with the joy of playing with syllables. We’re combining the two and poring over pretty monikers that make us think of wonderful places and can be used to name cherubic little children. If you’re wanderlust-prone and in the baby name zone, then here’s the perfect list for you.

1. Paris: Especially now, naming one’s child after the City of Light is a poetic and beautiful way to commemorate your love for perhaps the most stunning and artful city in the world.

2. London: It’s one of the cultural epicenters of the world and the perfect gateway for travelers to so many parts of Europe. The epicenter of the UK will never not be cool, and neither will the name itself.

3. Austin: Known for its weirdness, its warmth and its dedication to good food, good music and good vibes, the city of Austin, Texas is growing by leaps and bounds — just like the popularity of using it as a baby name.

4. Savannah: Few names of Southern cities evoke a stronger sense of place than Savannah. Its meaning doubles when you consider dropping the “h” and drawing upon the rugged beauty of grasslands in Africa, Australia and South America.

5. Nash: Particularly perfect for fans of country music, this is a cool spin on Tennessee’s capital city and can be used on its own or as a nickname for Nashville itself.

6. Holland: Let’s be real: Holland just sounds like a person you want in your life. Holland is cool, collected, smart and elegant. Holland writes thank-you notes and always knows the right thing to say.

7. Brooklyn: We’ll give Victoria and David Beckham credit for making this a mainstream name. Regardless of how many people have taken a page from their playbook, it’s just a great name through and through.

8. Israel: With a strong spiritual connotation for lots of people, the word itself rolls off the tongue in a lyrical way. And who doesn’t love Izzy for short?

9. Georgia: Whether it’s given after the southern state in the US or the eponymous country itself, this traditionally feminine name could easily take on a unisex quality in modern society, and there’s always “George” to fall back on too.

10. Atlanta: Got strong ties to the unofficial capital of the south? Photographer, media personality and ’90s icon Amanda de Cadenet named her daughter Atlanta. You have to admit, as a person’s name, it’s both unexpected and strong.

11. Chelsea: You might first think of the neighborhood in Manhattan, but there’s also a part of London for which the NYC area is named. It’s an iconic rock and roll reference name-checked by Mick Jagger himself in “Wild Horses.” Anglophiles and music lovers, take note!

13. Florence: Before you scrunch your nose at the old-fashioned vibe of this one, play a little word association game with yourself. We’ll bet the first two things that popped into your brain were the art-laden city in Italy and Florence + The Machine. Not too shabby.

14. Phoenix: This name has a fantastic double connotation. There’s the cactus-filled city in Arizona, of course, but there’s also the notion of a phoenix rising from the ashes, victorious and resilient.

15. Selma: Known for its prominent role in the civil rights movement, the Georgia city’s name, whose Scandinavian roots carry the meaning “divinely protected,” is a touching moniker for a child born into a world still trying to get it right.

16. Sydney: A very pretty name from the land down under, Sydney (or “Syd”) sounds equally great for a boy or girl and calls to mind one of the world’s finest opera houses too.

17. Victoria: It’s not just one of the top 50 most popular girls’ names of the past few years — it’s also a classic word that evokes cities in Australia and Canada. There’s an English association in the mix too, although thankfully we’ve come a long way since Victorian times.

18. Zaria: It rhymes with the word “aria” and echoes the name of a major Nigerian city, while also bringing to mind lyrical and ethereal tones.

19. India: Although a few famous folks are already rocking this name, they’re pretty great, like actress India Eisley and musician India.Arie. And hey, India is a place with tremendous global and historical influence, so there’s plenty of room for one more person named after it.

20. Everest: Sure, naming your child after the notoriously unclimbable mountain might be setting yourself up for an uphill parenting battle, but on the other hand, maybe your baby will be as serene as the view from the summit.

Which of these is your favorite and why? Spill in the comments below!

Amy Lynch
Amy is a freelance writer and editor, telling the stories of progressive people and projects that move the world forward. Her work has appeared on The Hairpin, Refinery29, Citygram and more, and she's developed content for the likes of Alternative Apparel, Milkshake and Silvercar. She lives, works and plays with her fiancé and their dog, Bogey, in the weird, wild heart of Austin, Texas.
Creative Baby Names
Baby Names
Creative Baby Names
More From Baby Names