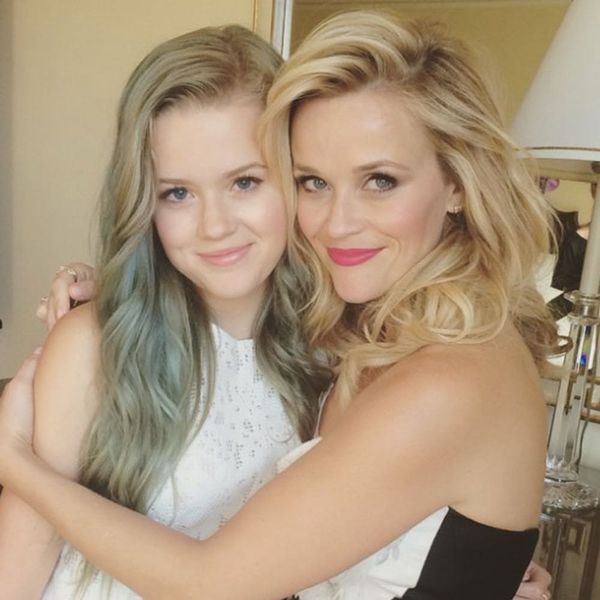 Not every celebrity baby name catches on — Apple and Suri remain rare, as do Saint and North. But from today’s Top 10 baby names to the baby names on the rise, it is clear that the picks of celebrity parents have boosted some of our favorites. With the new US popularity data just out, here’s a look at the most popular baby names — and the celebrities who helped put them there.

Celebrity Baby Names in the Top 10

1. Ava: Heather Locklear named her daughter Ava way back in 1997, and parents took note. Then Reese Witherspoon welcomed daughter Ava two years later. The name quickly climbed into the US Top 100 and has been in the Top 10 for a decade. It remains a Hollywood go-to, chosen by Hugh Jackman and Jeremy Renner too.

2. Harper: Harper is the one new girl in the US Top 10. It’s a literary pick, influenced by author Harper Lee. But star power has lifted Harper from obscure to mainstream. Shonda Rhimes and Neil Patrick Harris have Harpers. That same year the Beckhams welcomed their Harper Seven, citing Victoria’s love of To Kill a Mockingbird. The name entered the US Top 100 for the first time and has continued to climb steadily since.

3. Mason: Kourtney was the first Kardashian sister to start a family. She chose the trending Mason for her firstborn in 2009; it leaped into the US Top 10 shortly after and has been ranked number three — right behind Noah and Liam — ever since. Sister Penelope’s name has also climbed since Kourtney chose it, but so far youngest son Reign’s name hasn’t made the list of most popular picks.

4. Frances: Gentle Frances was a top 10 classic in the 1910s. Lately, it’s come out of hibernation, up 88 places this year to Number 514. Amanda Peet was among the first to revive the vintage name, but Jimmy Fallon’s Frances Cole, born in 2014, probably has more to do with the rise. Gotham’s Morena Baccarin also recently welcomed a Frances.

5. Rose: Rose has become a modern middle name favorite. Scarlett Johansson promoted it to first place status in 2014, and other parents have followed suit. On this year’s list, Rose came in at Number 166, up more than 25 places. A simple, vintage name that regularly charted in the Top 20 a century ago, it could return there again.

6. Hazel: Remember when Julia Roberts named her daughter Hazel in 2004? In style limbo back then, it quickly returned to favor. Emily Blunt and John Krasinski gave the name to their daughter in early 2014 and it returned to the Top 100 just a year later. Also boosted by The Fault in Our Stars character Hazel Grace, it’s now an everything-old-is-new-again favorite.

7. Silas: Justin Timberlake and Jessica Biel welcomed son Silas Randall in April 2015. Americans have long loved Biblical names for boys. Factoring in the Timberbaby’s star power makes this a name to watch. It climbed to number 129 on this year’s list.

8. Otis: Jason Sudeikis and Olivia Wilde named their son Otis Alexander in 2014. Otis was a long-time staple name but had been neglected for decades. Now Otis is back in the Top 1000 for the first time in over twenty years. With O names like Owen and Oliver all the rage, Otis could be next.

10. Knox: The Jolie-Pitts are daring namers, and Vivienne, Maddox and Shiloh all caught on after the couple chose them for their kiddos. Knox was almost unheard of before their youngest son’s 2008 birth, but it’s been steadily rising ever since. It’s just outside of the Top 250 now. Country music’s Dierks Bentley also has a Knox.

11. Olive: Olivia has become a Top Ten go-to for this generation, but Olive languished in style limbo until Sacha Baron Cohen and Isla Fisher used it for their daughter in 2007. Olive then quickly re-entered the Top 1000. Drew Barrymore gave the name to her older daughter in 2012. And Olive is now up to Number 264.

12. Frankie: Drew B. could join Brad and Angelina on the list of the most influential baby namers. Not only is Olive up, but after she named her younger daughter Frankie in 2014, it re-entered the girls’ Top 1000 for the first time since the 1970s.

13. Everly: Channing Tatum and Jenna Dewan welcomed daughter Everly in 2013, just as the name was taking off. Everly was nearly unheard of in 2011, soared to Number 178 in 2014, and made it to 138 this year. Could Everly be the new Evelyn and Avery, rolled into one?

14. Hank: Move over, Jack! Hank is the newest hot traditional nickname name for boys. Reality star Kendra Wilkinson named her son Hank Baskett IV in 2009; then tennis star Andy Roddick and actress Brooklyn Decker welcomed their Hank in May 2015. The name was up nearly 70 places to Number 534 on this year’s list.

15. Apollo: Gwen Stefani’s firstborn, Kingston, put his name on the map. It’s gone from virtually unheard to Number 142 since his 2006 arrival. Now Gwen’s youngest son, Apollo, could be another trendsetting choice: Apollo climbed more than 50 spots to Number 751 this year.

16. Bodhi: Megan Fox and Brian Austin Green gave their firstborn son the mega-popular Noah. But in 2014, they chose something far more daring for their second son: Bodhi. Bodhi was already starting to catch on before the couple announced their son’s name. Now it’s cracked the Top 500.

17. Alaia: Adamari Lopez graduated from telenovelas to hosting Telemundo’s Un Nuevo Día. She added motherhood to her resume in 2014, with daughter Alaïa. Now the name is one of the year’s biggest debuts, coming in at Number 664. A Basque name meaning happy, it fits in nicely with names like Mia and Ella.

18. Meilani: Hawaiian name Kai has been big for boys, and now Jersey Shore alum Jenni “JWoww” Farley has put another Hawaiian name on the map. She welcomed daughter Meilani in 2014; it debuted in the Top 1000 at Number 950 this year.

19. Briar: Rachel Bilson and Hayden Christensen picked a fairytale name for daughter Briar Rose in October 2014. The nature name debuted in the Top 1000 for both girls and boys this year, making Briar another celebrity baby name to watch.