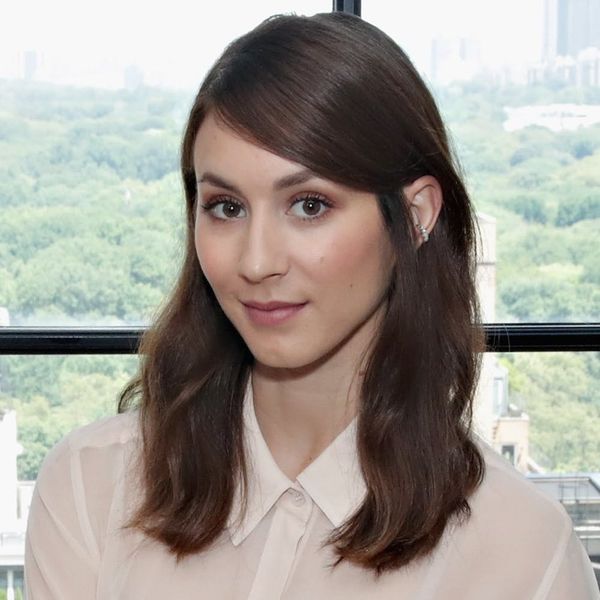 For the past seven years, we’ve seen Troian Bellisario play the role of Spencer Hastings on Pretty Little Liars, a smart young woman with luscious, medium-length brown locks (not to mention some controversial bangs thrown in by the show’s end). Now that the series has ended, however, it’s time for a change, and boy did the 32-year-old deliver!

Showing off her brand new self over on Instagram, the actress let her emojis do the talking, writing, “🍑 baby.” In the photo, we saw the Clara star totally transformed. Not only did her hair color change from a chestnut brown to dark roots and rose gold overtones, but also the style was *MUCH* shorter than her usual long dark ringlets.

While it remains unclear if it’s a wig or the real deal, it’s a whole new side of Bellisario, and we’re definitely feeling it. Looking pretty, BB!

What do you think of Spencer er, Troian’s new look? Let us know over @BritandCo.

Nicole Briese
Nicole is the weekend editor for Brit + Co who loves bringing you all the latest buzz. When she's not busy typing away into the wee hours, you can usually find her canoodling with her fur babies, rooting around in a bookstore, or rocking out at a concert of some sort (Guns N' Roses forever!). Check out all her latest musings and past work at nicolebjean.com.
Celebrities
Hair
Celebrities Celebrity Hair Colored hair Hair Color hair dye
More From Hair