How to Celebrate a Decade of Like-ing, Poke-ing and Facebook Fun 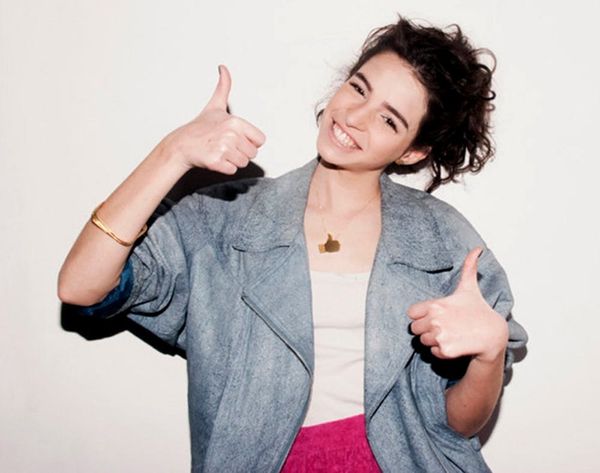 Before it was a movie, before your uncle was on it, before Mark Zuckerberg was a household name, it was just Facebook. Actually, The Facebook. 10 years later, here are 10 ways to celebrate every status update, friend request and unanswered event invite. We’ll never say “Like” the same way again. And we’ll NEVER play Farmville with you. Ever.

1. Look Back: If you downloaded Paper yesterday, you have an idea of what’s in store for the future of the social network, but now it’s time to take a look back with a video of the years you’ve spent Like-ing, Poke-ing and posting incriminating photos. Let the untagging begin! (via Facebook)

2. Facebook Nail Art: It’s all about getting the right blues, really. (via cutepolish)

4. Like Necklace ($55): Oo, we’ll take the “Love” version of this nerdy-but-worth-it bling, please. (via meytalbarnoy on Etsy)

5. Hack Your Facebook Timeline Cover: What, you still have the same old-but-flattering selfie of you up? Try some of our timeline cover hacks to really rack up the Likes! We’re partial to the pancake flipping, but get inspired with more ideas that made us LOL here. (And if YOU have a good one, share yours below!) (via Brit + Co. and MemeBurn)

6. Turn Your Facebook Data Into 3D Art: Make all that time crafting the perfect status update count with a project that turns your data into beautiful, 3D printed sculptures. (via The Creators Project)

8. Cross Stitch Your Facebook Worries Away: And speaking of cake… Craft in the spirit of social media with our Likes Valentine’s Cross Stitch Cards or this Like Cake Cross Stitch Embroidery Pattern ($5)! (via Brit + Co. and knitforvictory on Etsy)

9. Flip Your Facebook Language Upside Down: Arr! We told you scallywags how to change your Facebook language to “Pirate,” now you can turn it on your head by following the same instructions and clicking English (Upside Down). What, no Elven? (via Brit + Co.)

10. Find Out How Much Time You’ve Wasted on Facebook: Oof. At least it doesn’t know how many minutes (um, seconds, we mean…) you spent checking in on your ex’s new girlfriend. Here’s to ten more years. Or, if you’re me, almost ten straight days of pure Facebook time. (via Time)

You know, you could always just look at Social Network GIFs all day…

Know what’s cooler than a million dollars? Eduardo is right… YOU! Share your fondest Facebook memories below and click here to have fun with us on FB too!

Lisa Raphael
In her past professional lives, Lisa has served the masses as the Editorial Director at Brit + Co, Bieber Whisperer at J-14, Golden Girls Fan Club Prez at Lifetime and Talk Show Host Understudy to Katie Couric. Now, she's taking on the sports world at The Relish, teaching Hairography 101 in her spare time and will forever be trying to fill the hole Zayn Malik left in her heart.
Facebook
Tech
Facebook
More From Tech