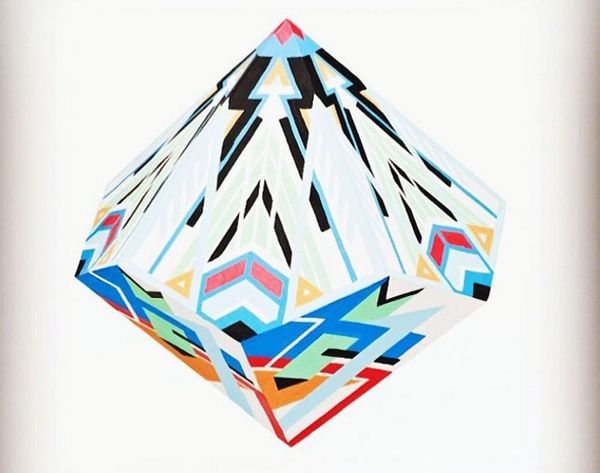 Online/offline communities — is there a more magical matchmaking formula in the world? Cases in point: Craigslist connects you with sellers, hawking the furniture, bicycles and musical instruments you want. Tinder and OKCupid (hopefully) hook you up with a hottie/life partner. And now there’s a new website in town that’s about to hook you up with creative projects of your dreams, and it’s called Unique Board.

Created by Dan Kim, a New York-based film student, Unique Board grew out of Kim’s determination to make it as an artist in New York and to marry real, raw talent with inspiring outlets to see that talent come to life through a mix of online and offline networking.

So, how does it work? First, project managers post their ideas online and then connect with creatives spanning seven different fields, including film and photography, dance and performing arts, design, fashion, music, tech and programming. Projects are listed by name and call out exactly what sort of talent they need. On top of that, each project says outright if it’s a paid gig or not. The listing also includes the deadline, in case you’ve got some other massive freelance opportunity that is going to keep you from making good on your end of the project.

The site is sitting at about 200 members right now. Most are based in New York and others are international. Spotlight videos highlight the already pretty impressive lineup of creatives. We’re talking the likes of Kelly Knapp, who has designed displays for Anthropolgie, animator and director Jim Mckenzie, graphic designer Sessa Englund, photographer Zhang Jingna and illustrator Cryssy Cheung — their work is what you’re looking at throughout this post.

As far as work goes, right now you’ll find project managers looking for everything from a graphic designer for icon creation to the search for a writer for short films to a fashion writer ready to create stories about the future of the wardrobe. When projects are all said and done, Unique Board showcases the finished work, boasting what can happen when partnering the right people together.

If you think this is sounding a lot like a creatives’ job board, like Model Mayhem, well, it kind of is, except for a couple of key differences: Unique Board has better user interface and, more importantly, there are actual offline meet ups, called Unique Gatherings.

Their first offline get-together happened about a month after their February launch and was staged by Paul Clay who has created sets for the MOMA and a few Broadway musicals — NBD. You only need to look to the success of strong communities like Yelp, Tinder and Twitter, to see how the marrying of offline communities with online communities can build one big, bold cult following which translates into a strong brand.

A 2.0 version of Unique Board, not yet launched, is going to be more robust with more social media and crowdfunding capabilities. You’ll be able to search by talent as well. For now, that part of the website doesn’t seem to be exactly flushed out.

And if you just want a good strong dose of inspiration, you best be following them on Facebook where they post works by their featured artist and some pretty motivating quotes from the likes of Banksy and Amy Poehler.

Know of any creatives who would like to make it happen on Unique Board? Let us know in the comments below!

Lex Monson
Alexis is the co-founder of Punkpost, the app that lets you send handwritten cards (yes, handwritten by a real human) in the amount of time it takes you to send a text message. The exclusive card collections are created by a community of artists and designers and hand letter pressed on high-quality cotton paper. Get the full experience by downloading the app from the iTunes Store.
Art
Tech
Art