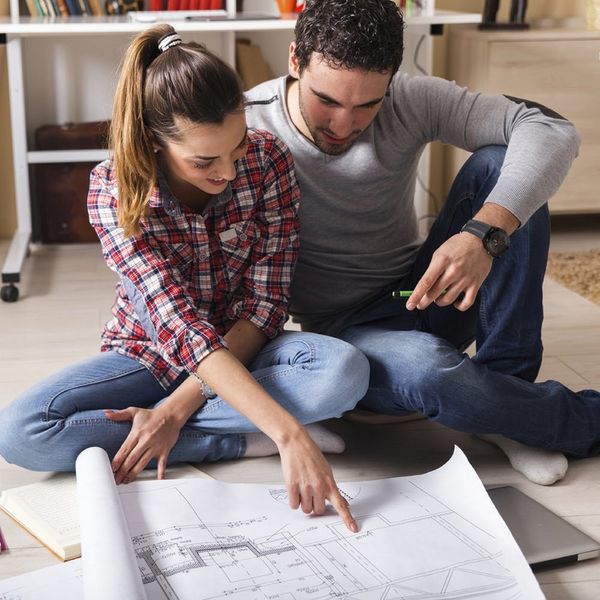 If you’re a millennial currently residing in one of America’s most expensive cities, the thought of actually buying a house is probably laughable – unless you’re some kind of entrepreneurial prodigy. That being said, if you call one of the country’s more budget-friendly cities home, buying a place in the near future could be a very realistic (and financially savvy) decision. But it’s an intimidating process. We get it. To show you just how much you need to be making to buy a home in 27 desirable US cities, HSH.com has collected some super handy information you might want to take a look at.

Through a recent study, HSH.com has calculated the average mortgage rate of homes in popular metropolitan cities, along with the yearly salary you’d need to be making to actually afford to buy a place of your own. They’ve taken into account the principal, interest, insurance payments and taxes. HSH.com’s calculations are based on the assumption that the buyer would make a 20 percent down payment on the house, so your salary requirement would go up if you planned to make a smaller down payment. Also important to note, is that HSH.com’s salary numbers predict that the cost of a home in each of these cities would account for 28 percent of the owner’s gross income.

If you’re making under $40K, Pittsburgh, Cleveland, Cincinnati, St. Louis, Detroit and Atlanta are a few cities you may want to look into. If you’re making about $10K more than that, you can also add Tampa, Phoenix, San Antonio, Orlando and perhaps Minneapolis to that list. Now, let’s move on over to those big US cities where rent is notoriously pricey. In Los Angeles, you’ll need to be making upwards of $95K to afford your own place. NYC is surprisingly a little bit cheaper, requiring close to $87K. And of course, San Francisco reigns supreme, coming in at a cringe worthy $148K.

We can’t exactly say we’re shocked by these three cities, but it’s refreshing to know that there are some metropolitan areas where owning a home doesn’t have to be a pipe dream. If you want to look into all the data HSH.com collected for each city, head over to their site for more info.

Do you own a home in one of these cities? How does this info compare to your situation? Share with us on Twitter @BritandCo.

Cortney Clift
Cortney is the senior writer and special projects editor at Brit + Co. She typically covers topics related to women's issues, politics, and lifestyle. When she's not buried behind her computer you'll find her exploring New York City or planning her next big adventure.
money
Home News
money study