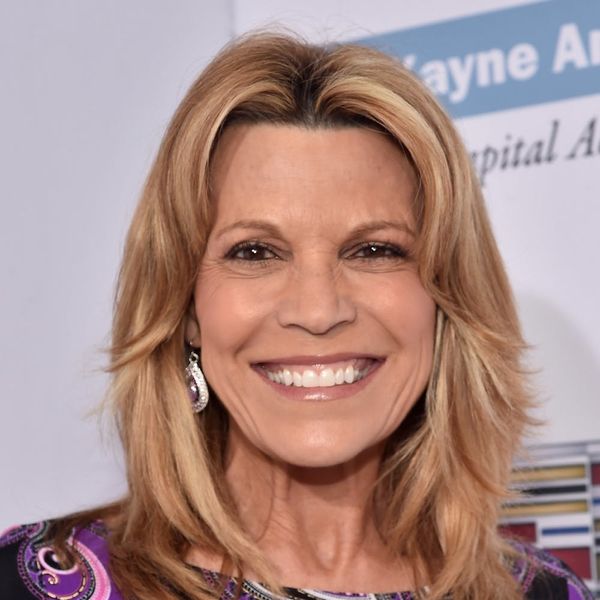 Vanna White has been turning the letters over for contestants on Wheel of Fortune for quite some time now — 35 years come December, to be exact. That equates to a whole lot of dresses, which White famously appears in, night after night. And not just any gowns — the game show hostess largely wears black-tie.

That means her styles are memorable, and to ensure that viewers don’t get bored, the 60-year-old , along with the show’s costumer, Kathi Nishimoto, have come up with a different dress for every. Single. Show — all 6,500 of them. Yup, you read that right — White has donned 6,500 looks during her stint on the show, and never once made a repeat.

While she tells People that contrary to popular belief, she doesn’t actually get to keep the clothes — dresses are on loan, altered, worn, documented (you know, to avoid a do-over of any one look), then returned — but that’s just fine with the former model. “Off camera, I’m a blue jeans [and] tennis shoes kind of girl,” she said.

Needless to say, her favorite frocks donned on the show are “the comfortable ones. The ones that are stretchy… I’ve started wearing a lot more cocktail dresses and I like that too, because I don’t have to worry about tripping in my five inch heels.” (Five inches!? Yowza!)

More than comfort, however, she has to be mindful of function — i.e., you’ll never see her in a strapless gown, as she has to reach up all the time to turn over the letters.“ She moves around so much, and they slip, and on camera, you can’t keep tugging at the top of your dress,” Nishimoto said. That also makes tight or off-the-shoulder styles difficult — and large skirts too. “I don’t want to block the letters,” White explained.

Rather than fit each dress ahead of each show, the pair do it in bulk. “Every two weeks, we do a fitting where I try on probably 40 to 60 dresses,” White said. While she says that makes it difficult to remember them all, she DOES have a favorite: a pink maribou-trimmed Jean Louis Sabaji frock she wore when stylist Johnny Wujek took over for a week.

Do you have a favorite Vanna White look? Share with us @BritandCo.

Nicole Briese
Nicole is the weekend editor for Brit + Co who loves bringing you all the latest buzz. When she's not busy typing away into the wee hours, you can usually find her canoodling with her fur babies, rooting around in a bookstore, or rocking out at a concert of some sort (Guns N' Roses forever!). Check out all her latest musings and past work at nicolebjean.com.
Dresses
Celeb Style
Dresses