How This Surprising Tech Could Make Us All More Body Positive 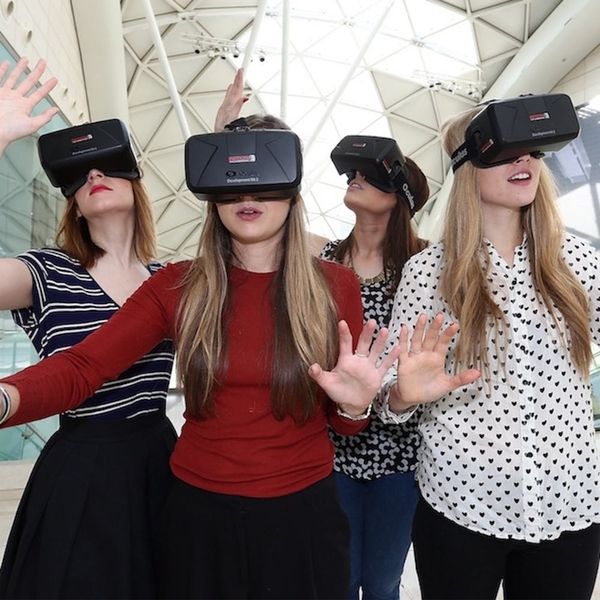 Virtual reality isn’t just exciting for gamers anymore. As the technology develops, some pretty practical new uses are popping up. Whether it’s spicing up a date night, redecorating your apartment, or virtually shopping at the supermarket, VR technology can help out in a lot of everyday situations. But developers are also finding ways it can solve some deeper problems too, like treating depression. And now, researchers are looking into how VR could potentially help people with body image issues.

Researchers from the US, Belgium and Italy co-wrote an article published in Cyberpsychology, Behavior, and Social Networking about this exciting new potential and the research that’s already been conducted in the field. “The main problem facing therapists when treating body image disturbances is perhaps the lack of awareness that patients show about the real state of their bodies,” the authors write in the article. In other words, people suffering from eating disorders very often see their bodies as larger than they actually are.

That’s where virtual reality can come in, they say. In one study cited by the authors, a body-image therapist had her clients use virtual reality technology to manipulate a body shape into how they viewed their own bodies. The idea was that therapists can use the technology to assess how exactly their clients see themselves — and then work toward helping them see themselves more accurately.

Virtual reality can actually be used in cognitive behavioral therapy too. If someone suffering from an eating disorder or body image issue can see the difference between their perceived and actual body sizes in a very (virtually) real way, they might start to understand that their harsh views of their own bodies aren’t actually based in reality. In a few of the studies in the article, clients who tested out this method saw significant improvement.

Virtual reality as body image therapy is definitely still a new field, but judging from this article, it’s pretty promising. Seriously, what can’t virtual reality do?

Would you try virtual reality to help with body image issues? Tweet us your thoughts @BritandCo!

Kylie Kendall
Kylie is a freelance writer living in Ottawa, Canada. When she's not writing, you might find her scoping out all-day breakfast spots in her city or taste-testing every bottle of red wine under $10.
Body Positive
Health
Body Positive Healthy Living Tech News Womens Health