This Surprising Tech Is Helping People With Depression 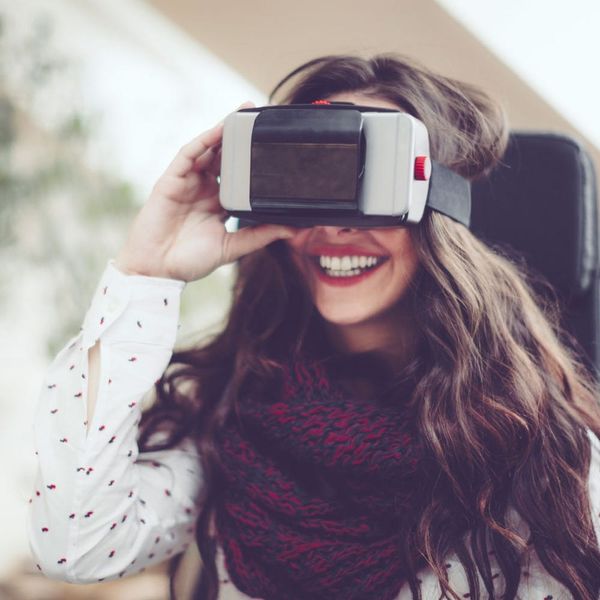 We’ve all had those moments where we’ve thought, I wish I could take my own advice right now. Whether you’re stressing over upcoming exams, trying to heal a broken heart or are in the midst of a quarter-life crisis, it’s easy to be super self-critical. Even though you’d be empathetic and perfectly positive toward a friend going through the same thing, it can be hard to extend that compassion to yourself. For people struggling with chronic depression, those negative feelings of self-doubt are even more intense. A recent study published in the British Journal of Psychiatry Open unveils a new kind of therapy that may solve this cognitive dissonance in people struggling with depression — all with virtual reality.

In the study, researchers at the University College London and ICREA-University Barcelona had 15 patients with diagnosed depression wear a virtual reality headset, so that they could see from the perspective of an adult-sized virtual body or avatar. The avatar mimics the patient’s own body movements so that they begin to feel as though they are the avatar. Each patient was then asked to comfort a distressed child in their virtual environment. As the patients calmly, thoughtfully and rationally talked the child through their sadness, the child got markedly happier and more responsive.

Afterwards, the patient’s point of view switched to that of the anxious child they’d just comforted, while a new adult avatar said their exact soothing words back to them. This same scenario was repeated three times a week for a month. At the end of the study, nine of the 15 patients reported reduced symptoms of depression, four of whom saw a clinically significant drop in the severity of their depression.

Lead researcher Professor Chris Brewin explains in a news release how virtual reality helps people practice self-compassion, saying, “People who struggle with anxiety and depression can be excessively self-critical when things go wrong in their lives…. by comforting the child and then hearing their own words back, patients are indirectly giving themselves compassion.”

While this study is an encouraging step toward a new form of depression therapy, further testing needs to be done to gather more reliable data. Still, as Brewin points out, “The aim was to teach patients to be more compassionate towards themselves and be less self-critical, and we saw promising results.”

Would you give virtual reality therapy a try? Tweet us @BritandCo and let us know!