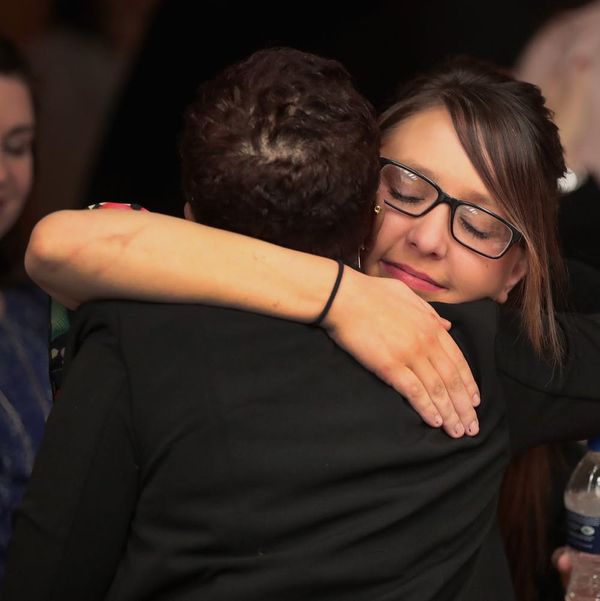 In late 2017, scores of sexual abuse charges against USA Gymnastics team doctor, Larry Nassar came to light and shook the sports world to its core. After Nassar was found guilty of 10 counts of criminal, first-degree sexual conduct in November 2017, some 150 female gymnasts testified at the disgraced physician’s January 2018 sentencing hearing; more than 300 women and girls — including Olympians Simone Biles, Aly Raisman, and Gabby Douglas — alleged that the US Olympic gymnastics team doctor had hurt them, too. Now, a new HBO documentary will tell their story.

At the Heart of Gold: Inside the USA Gymnastics Scandal will be out May 3 on HBO. The trailer, which runs well under two minutes, shows filmmaker Erin Lee Carr’s effort to frame the scandal from the perspective of its survivors. But it’s clear that Carr also intends to communicate how an achievement-oriented athletic institution overlooked the complaints of numerous young accusers in order to protect their beloved doctor — and, above all, to ensure the competitive gains of his young patients.

Select voiceovers of interviews and testimony with Nassar’s accusers reveal a glimpse at what to expect from the feature-length film. One woman says that Nassar had the gymnastics community “brainwashed.” Another that Nassar was her friend. One woman says that she thought, at the time, that the abuse she endured was a legitimate medical procedure.

“How much is a little girl worth?” asks a voiceover clip from Nassar’s sentencing hearing. Though the trailer does not indicate the name behind the question, many who followed the doctor’s sentencing hearing will know to attribute the quote to Rachael Denhollander, the former gymnast-turned-lawyer who brought the Nassar case to light in the first place.

“Look around the courtroom,” Denhollander’s voice continues, as clips of young gymnasts poignantly play out parallel bars routines and close-ups of hands billowing chalk dust. “Remember what you have witnessed … because everything is what these survivors are worth.”

RELATED: Simone Biles Just Made History in a Leotard for Sexual Abuse Survivors