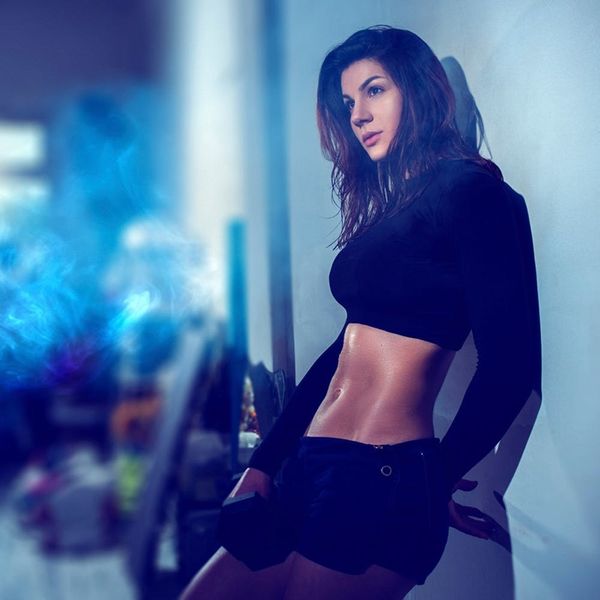 Thanks to iconic movie characters like Harold, Kumar and The Big Lebowski’s “The Dude,” stoners have a developed a notorious reputation for being big, um, snackers, zoning out in front of the TV and only owning house shoes. But it’s looking more and more like those are the stoners of stereotypes past rather than the present. Today’s increasingly marijuana-friendly crowd (there are weed bars at weddings these days, y’all) seems to have finally found a way to incorporate the medicinal drug into their lifestyle without saying goodbye to all hope of a productive day. Case in point: Power Plant Fitness, the world’s first weed-friendly gym.

Power Plant Fitness is a new space opening in San Francisco this fall. The novel operation is being helmed by Jim McAlpine who is also the founder of 420 Games, an athletic series of Olympic-style events that aims to de-stigmatize healthy and responsible cannabis use. While you might envision a “stoner gym” as a place full of foam pits and saunas, Jim explains that it’ll be nothing like that. In a blog post on 420 Games’ website he writes, “It won’t be a place to get high and just screw around. We are focused on the athletic side, not the cannabis side […] Marijuana, if you use it in a responsible way, accentuates the parts of sports that you love and helps you to do them better.”

The gym is currently in the process of finalizing a lease in the notoriously weed-friendly city. Should all go according to plan, the gym will offer up two ways to toke up before embarking on a training sesh: vaping or edibles. New members will undergo a “cannabis performance assessment” where a staff member will suggest the best way for you to consume marijuana. If you’re more into chowing down on something like a marijuana-infused protein bar than using a vape pen, Power Plant Fitness is working to create their own line of edibles specifically designed to be consumed before a workout.

However, if the gym does actually sell pot-infused goods on site, they may have to register as a dispensary lounge under California law. If that’s the case, you might need a medical marijuana card to enter – TBH that’s more of an added membership step than a major road bump (they’re not hard to qualify for in CA).

While weed and a workout may initially seem like an unlikely pairing, there has been a slew of recent research that suggests otherwise. A study published by the American Journal of Medicine found that frequent marijuana users’ waistlines’ were 1.5 inches smaller than their non-using counterparts. Given Harvard professor Murray Mittleman’s thoughts on the topic, that makes total sense. Back in 2013, he told TIME, “Current users of marijuana appeared to have better carbohydrate metabolism than nonusers. Their fasting insulin levels were lower, and they appeared to be less resistant to the insulin produced by their body to maintain a normal blood-sugar level.” Well damn, increased metabolism AND a care-free induced attitude? Are you getting all that with *your* gym membership?

Cortney Clift
Cortney is the senior writer and special projects editor at Brit + Co. She typically covers topics related to women's issues, politics, and lifestyle. When she's not buried behind her computer you'll find her exploring New York City or planning her next big adventure.
Fitness
Entertainment
Fitness Workouts
More From Entertainment