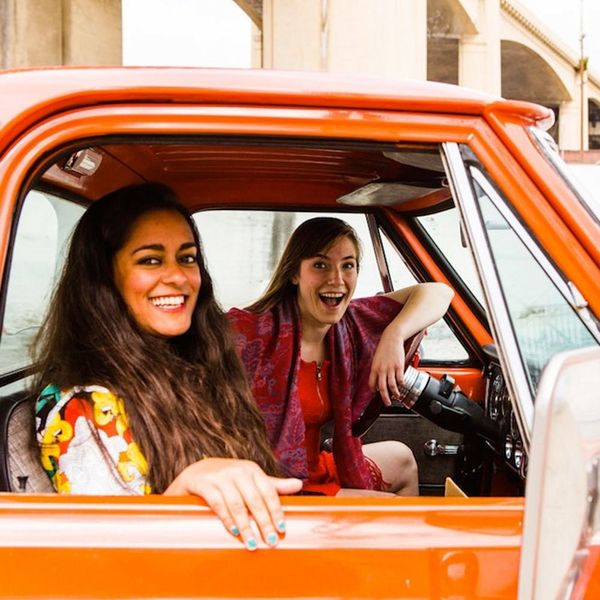 People have been analyzing the habits of CEOs for years — from what time they go to bed to what’s on their bookshelves — in hopes of better understanding how to becoming successful. But while many CEOs employ traditional methods to stay productive and happy at work, there are a few head honchos who take a more, err, obsessive approach. Here are seven weirdly obsessive morning habits of successful CEOs that you may or may not want to try out for yourselves.

1. Schedule mutual appreciation time with your dog. Between the hours of 3:30am and 7:15am, Director of NextDesk Dan Lee has a very rigorous schedule. After waking up and drinking two liters of water, two cups of coffee, and a healthy smoothie (that’s a lot of liquid!), Lee spends 30 minutes of mutual appreciation time with his furry BFF. “[I’m] not sure which one of us benefits from this the most,” he jokes. With puppy therapy sweeping college campuses and workplaces, it’s no wonder Lee finds this chunk of his day so enjoyable. Hey, we could all use some more puppy cuddles in our lives!

2. Take an early morning ice bath. Every morning, the 40-year-old CEO of Pinterest, Tim Kendall, wakes up and empties a full tray of ice into his bath. Using a rubber duck thermometer to get the water temperature down to exactly 55 degrees, he quickly jumps in for a five-minute soak and he’s ready for his day. “It’s kind of like drinking coffee,” he said in an interview with Recode. “I get out and I just feel super focused, really energized.” There are many scientifically proven benefits of cold therapy, so it may be a worthy habit to try out… if you’re feeling brave enough.

3. Learn to stay calm under pressure by laying on a bed of nails. CEO of Retro Fitness Eric Casaburi believes that in order to truly focus your mind when the hard times come, people need to practice by putting themselves in uncomfortable places and learning to stay mindful. To do this, Casaburi lays on a bed of nails and meditates once or twice every day. “My wife thinks I’m out of my mind, but it’s unbelievable what it does for you,” Casaburi tells Inc. “You have to be able to put yourself in very uncomfortable places and be able to get your mind thinking right. This will help you make much better decisions when you’re under stress.”

4. Carpool to the office with your work bestie. Co-founder and President at Lyft John Zimmer practices many odd rituals to start his morning. Along with eating the same meal for breakfast every day of the week (an English muffin with peanut butter and avocado), he also carpools to work each day with his other half, co-founder Logan Green. Whether it’s catching up on business or sharing their personal lives en route to the office, traveling with your work bestie is a great way to kick-start your morning. Plus, it’s a far greener alternative to riding solo.

5. Skip the java and play the piano as soon as you wake up. “My morning ritual is playing the piano,” says CEO of GreenPal Gene Caballero. “It’s fun, something I look forward to, and playing an instrument has been scientifically proven to engage practically every area of the brain at once — especially the visual, auditory, and motor cortices — so it gets my mental capacity going.” While his neighbors may or may not agree with this odd early morning ritual, Caballero likens the practice to a mental full-body workout. “It has replaced my coffee in the morning and helps me mentally jump-start my day and be more productive.”

6. Wear the same outfit every single day. While Mark Zuckerberg was one of the first CEOs to claim that wearing the same t-shirt to work each day helps improve focus, co-founder of CanvasPop Adrian Salamunovic is taking this popular CEO trend to the next level. He owns dozens of the exact same Nordstrom black v-neck tee (they’re actually pajama tops, but you can’t tell), black G-Star jeans, and black laceless Converse shoes. With one less thing to think about, he claims to have more time to concentrate on the things that matter most.

7. Wake up. Do a 4am meditation. Go back to sleep. Starting your day with a guided meditation isn’t groundbreaking by itself, but CEO of Neighborly Jase Wilson meditates a little differently than the rest of us. At 4am on weekdays, Wilson sets his alarm for a guided meditation. But instead of using all of his brain power to stay focused and wake himself up, Wilson allows himself to fall asleep listening to the guide’s words… and then wakes up for real several hours later. “One of the most valuable lessons I’ve ever received is protect mornings as one’s own time,” Wilson said in an interview with Olivia Barrow. If this really helps him wake up with a jolt of positive energy every single day, we’re definitely down to give it a try… although, TBH, we’ll probably need to find a way to disconnect our snooze button if we actually want to meditate in the wee hours of the morning.

Would you try any of these weirdly obsessive CEO habits? Tweet us by mentioning @BritandCo.

Ashley Macey
Ashley Macey is a lifestyle freelance writer who loves all things fitness, wellness, and creativity. When she's not exploring her home in the Pacific Northwest with her dog Max, you'll probably find her curled up with a good book and some hot tea. Follow her daily jaunts on Twitter.
Productivity
Work
Productivity
More From Work