Not a Football Fan? Here Are 14 Things to Watch Instead of the Big Game 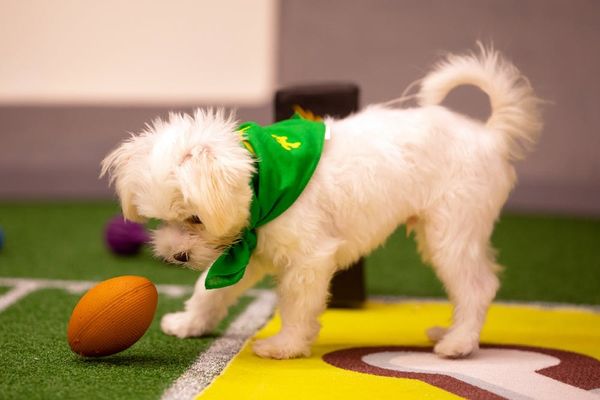 On Sunday, February 3, people all over the country will be tuning in to CBS to watch the Los Angeles Rams take on the New England Patriots in Super Bowl LIII. But if you’re the kind of person who only cares about the commercials and the halftime show, or who’d rather skip the big game altogether, there are plenty of binge-able options on other channels. Check out some of the best alternatives below! (All times ET unless noted otherwise.)

Puppy Bowl XV (Animal Planet, 3pm): No matter who wins this Bowl, there are no losers where puppies are involved. Root for Team Ruff or Team Fluff — or both, because puppies! (Photo via Animal Planet/Discovery Press)

Dr. Pimple Popper: The Poppy Bowl (TLC, 5pm): If you’re a “popaholic,” park yourself in front of the TV for six hours of pimple-popping action from Dr. Sandra Lee.

Blue Planet II Marathon(BBC America, 6am to 6am): If you don’t have to work on Monday, BBC America is airing a full 24 hours of the Planet Earth sequel Blue Planet II, which takes a deep dive into the world’s oceans. (Photo via Hugh Miller/BBC America)

The Real Housewives of Atlanta Marathon (Bravo, 8am to 9pm): Catch up on all the season 11 drama between Nene Leakes, Kandi Burruss, Cynthia Bailey, Porsha Williams, Eva Marcille, and Shamari DeVoe.

The Office Marathon (Comedy Central, 8am to 10pm): Comedy Central’s Sunday schedule features 14 hours of The Office, including the entirety of season 4.

Russian Doll (Netflix, streaming now): The first season of Russian Doll hit Netflix on February 1, and the reviews so far have been stellar. Created by Amy Poehler, Leslye Headland, and Natasha Lyonne, the series stars Lyonne as a woman who’s trapped in a Groundhog Day-esque time loop, but with a dark twist.

What will you be watching on Sunday? Let us know @BritandCo!

Desiree O
Desirée O is a ‘Professional Bohemian’ who loves anything and everything related to the arts, entertainment, and pop culture. She ADORES being a ‘Newsy’ for Brit + Co, covering all of the latest tidbits of awesomeness that you want to read about. When she’s not writing, she’s either making messy art, going on long adventurous walks with her camera, or poking around over at bohemianizm (http://www.bohemianizm.com/). You can find out about Desirée O and her work at http://DesireeO.com/ or follow her on Twitter @DesireeO.
Streaming
TV
Streaming Super Bowl TV