What You Need to Know to Talk About Sandra Bland 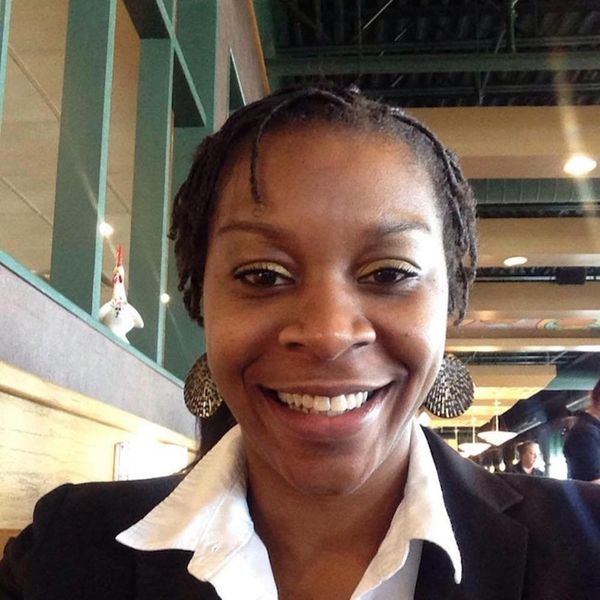 Even if you don’t read the news, you’ve probably been on social media and heard the name Sandra Bland, or seen the hashtag #WhatHappenedtoSandraBland. Sandra Bland was a woman like some of you. She was in her late twenties and she was excited about her new job at the agricultural department of her old college. She was pulled over last week in Texas for failing to signal before switching lanes. She was then manhandled, taken to jail and put alone in a cell. After a few days, she was found dead, and her death has been ruled a suicide.

Her death has reignited the #BlackLivesMatter movement.

After the news of Sandra’s death in custody, huge numbers of people took to Twitter to express their condolences and outrage. Before her death, Sandra herself even made a video to support the #BlackLivesMatter campaign. In a keynote speech last Friday, #BlackLivesMatter cofounder Opal Tometi says the resurgence is due to “once again, a life cut short due to an unjust system. A system that devalues and dehumanizes black life at every corner.” The BLM website is a good resource for anyone wanting to stay up to date on current black cultural issues and ongoing coverage of past incidents.

The dash cam footage of her arrest raises questions

When state trooper Brian Encinia pulled Sandra over, the dash cam on his car recorded the incident. The footage can be found here in its entirety. You can watch how the interaction escalates from a simple traffic stop to something more violent. If you can’t watch the video, these are a few highlights:

1. Bland gives her license and registration when asked.

2. She’s asked why she’s upset and tells the officer it’s because she got pulled over and is getting a ticket for such a small infraction. She’s using a tone any of us would use when we’re miffed.

3. The officer asks her to put out her cigarette, but she doesn’t.

4. The officer pulls her out of the car, threatens to “light her up” and eventually (out of the camera’s sight) pins her to the ground.

5. She’s manhandled and handcuffed while trying to record the incident on her cell phone.

She was not checked on regularly in jail.

According to CNN, the jail where Sandra was held requires a “visual, face-to-face observation of all inmates by jailers no less than once every 60 minutes.” According to the police report, on the day of her death, Sandra went two hours without seeing a guard. There is also evidence to suggest that employees of the jail did not receive mandated mental health and disability training recently.

This video on CNN says that on one page of the report, Sandra is said to have attempted suicide before, and on another page, she checks that she’s never attempted to kill herself. Is this shoddy filing because she was scared or tired? Is this an example of something more nefarious to justify her hanging? There’s no way to know, but it’s an important inconsistency, especially since her family reports that depression seems out of her nature.

She knew her rights and you should too

The Texas Standard had director of The Texas Civil Rights Project Jim Harrington analyze the dash cam footage of the arrest to determine the legality of Sandra’s actions. When Sandra refuses to give the officer any more info other than what is on her license and registration, Harrington says she is perfectly within her rights. “She’s right. Unfortunately, officers don’t like it when you know the law,” he says. “In this case, even if you are right, you are still in danger. And that’s what we see unfolding here.” As for refusing to get out of the car, Harrington says she was also within her rights to stay put. “Just saying, ‘Get out of the car,’ in and of itself, without an explanation, is not lawful,” Harrington says. “It’s clear to me that he’s trying to assert authority that he probably does not have under the law, and he’s escalating the situation because he is upset.”

So sure, maybe Bland could have sidestepped this whole situation had she complied with the officer’s (unreasonable and petty) requests, but think about it in terms of intersectionality: If you were a person of color, who has seen and possibly witnessed so many stories of people who looked just like you getting mistreated by law enforcement, would you be so eager to play nice? Make sure to fully research the rights of drivers in your state so you can prepare for whatever happens.

Here’s how you can support black women like Sandra.

Blackgirldangerous.com is another excellent resource for staying up to date on current black issues, specifically issues pertaining to black women and girls. They offer seven ways to “turn your anger over Sandra Bland into action to support incarcerated and formerly incarcerated black women.” Some of the ways you can help include consuming media that celebrates and supports black women, lessening the stigma of incarceration, donating money or items to women’s community centers and doing your part to support social justice reforms.

What are your thoughts on the Sandra Bland case? Tell us in the comments.