Arie Luyendyk Jr. Says He Filmed His Breakup With Becca So She Could Be the Bachelorette 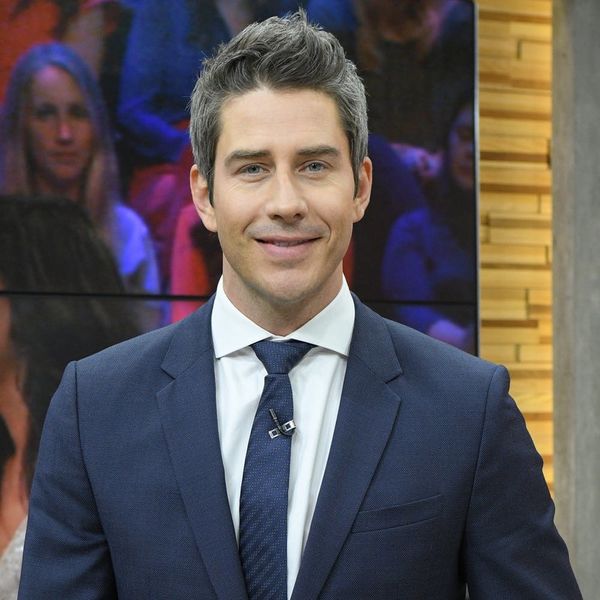 Bachelor Nation cheered when Chris Harrison announced that Becca Kufrin is the new Bachelorette, but some fans are still simmering over the shady way she was treated by her ex-fiancé, Arie Luyendyk Jr. On Wednesday, Luyendyk defended his rather questionable breakup method — dumping her on camera in front of millions of viewers — by saying that he did it for Becca’s sake.

Appearing on Good Morning America on Wednesday, Luyendyk explained to Michael Strahan why he wanted the split to be filmed and aired, saying, “I really wanted everyone to know that this was on me, this was my fault. And I felt like filming that would let people know that. That if there were any questions on the breakup, those would be squashed if they saw the breakup.”

He also had something else in mind when he made the decision to conduct the split with cameras rolling. “I wanted her that opportunity,” Luyendyk said. “Honestly, I wanted her the opportunity to be the potential Bachelorette.” (We’re not totally sure how the two are connected, but okay.)

.@BachelorABC @ariejr opens up on why he chose to film his break up with Becca: "I really wanted everyone to know that this was on me. This was my fault and I felt like filming that would let people know that." https://t.co/pCdwLDzYu8 pic.twitter.com/1am6to9fY2

While Becca K. certainly won over her fair share of fans throughout this season of The Bachelor, the shocking end to her engagement and the brutal way in which it played out had practically every viewer vying for her to become the next Bachelorette.

Now that she has the gig, Bachelor Nation is ready to watch her fall in love and forget about her time with Arie, who may be the most infamous Bachelor of all time.

Do you believe Arie’s explanation of why he broke up with Becca on camera? Let us know @BritandCo!

Desiree O
Desirée O is a ‘Professional Bohemian’ who loves anything and everything related to the arts, entertainment, and pop culture. She ADORES being a ‘Newsy’ for Brit + Co, covering all of the latest tidbits of awesomeness that you want to read about. When she’s not writing, she’s either making messy art, going on long adventurous walks with her camera, or poking around over at bohemianizm (http://www.bohemianizm.com/). You can find out about Desirée O and her work at http://DesireeO.com/ or follow her on Twitter @DesireeO.
the bachelor
TV
the bachelor TV
More From TV