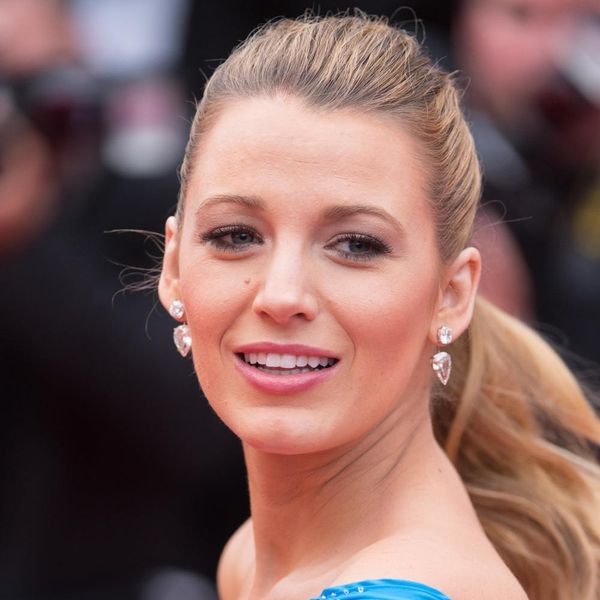 On Sunday, many of the stars attending the Golden Globes ceremony will wear black to protest the industry’s awful record with sexual harassment and assault. It’s an expression of solidarity (a sort of sartorial #MeToo) that could mean a lot to survivors of abuse in any industry. It’s not perfect, but I support the idea and the #TIMESUP campaign that the protest is one aspect of. But it still doesn’t erase the huge disparity between who takes home the biggest, most career-boosting awards and who’s just there to be judged for what they’re wearing. And so, this year, I won’t be watching.

Don’t get me wrong. I love the red carpet. I live for the red carpet. No one is allowed to talk to me during the red carpet. Every year, I post extensive outfit analyses on social media about who “won” red carpet season, according to moi. Last year, Ruth Negga’s crimson gown and blue ACLU awareness ribbon took home the completely imaginary trophy I mentally hand out each spring. I just wish more women in the film industry were up for the most prestigious, not-imaginary trophies of the season.

At the 2017 Cannes Film Festival, Sofia Coppola won the Best Director prize for her film The Beguiled, beating out some of the world’s most prolific filmmakers including Michael Haneke, Yorgos Lanthimos, and Noah Baumbach. Coppola is only the second woman to win the prize in the festival’s seven-decade-long history (the first was Russian director Yuliya Solntseva in 1961). One woman — Top of the Lake creator Jane Campion, who is an idol of Coppola’s — has been awarded the festival’s top prize: the Palme d’Or. That was in 1993.

The Oscars, which have been around since 1929, have handed over the Academy Award for Best Director to exactly one (1) woman: Kathryn Bigelow (generously, they’ve nominated three others: Campion, Coppola, and Lina Wertmüller back in the early ‘70s). In 1983, the Golden Globes recognized Barbra Streisand with a Best Director trophy for Yentl. There are no female filmmakers nominated in the category this year (despite Patty Jenkins’ incredible work on one of the year’s most successful films, Wonder Woman).

What I’m trying to say is, in categories that aren’t divided by gender (see: Best Actress in a Drama, Best Actress in a Supporting Role, etc.), we won’t be seeing many women on stage accepting awards for the work they’ve done in 2017. When it comes to awards shows, a woman’s place is still on the red carpet — or, even more problematically, in the 360-degree outfit booth and in front of the most insipid invention of the 21st century: the “mani cam.”

I don’t think there’s anything criminally wrong with showing off beautiful, totally unaffordable (even to some of the people who wear them) clothes, shoes, and jewelry. Fashion is art and fun, and I love it. I’m in awe of the work of designers and their ateliers of talented pattern drafters, stitchers, beaders, and whatever the fashion magicians are called who put feathers on stuff (and so is Björk). I want to see their creations floating gracefully (or even tripping) down the red carpet.

It’s inspiring to see women take fashion risks on a night when the entire entertainment media industry is watching (and judging). I love it when they pull it off and when they come so close to pulling it off and when they don’t manage to pull it off at all. It’s all interesting to me. If only, like a Fashion Week runway show, it could end at the doors to the theater. But it doesn’t and I can’t pretend it does.

I like to think that I’m evaluating the dresses (and their designers) and not the women wearing them, but I don’t completely trust my brain to separate the two (just like I don’t trust it to only listen to Johnny Marr and ignore Morrissey when I put on a Smiths record). So I’m sitting out the awards night red carpets this year — just DM me if anyone dusts off the swan dress.

Will you be tuning into the Golden Globes red carpet show this Sunday? Tell us why on Twitter.

Corrina Allen
Corrina Allen is a film + television + travel writer from Toronto. Her journalistic goals include a backstage interview with David Byrne, the fictional character she identifies most closely with is John Wick, and her favorite dead person is Vladimir Nabokov. She never, ever Instagrams photos of her food (just her dog).
Golden Globes
Current Events
Golden Globes Oscars