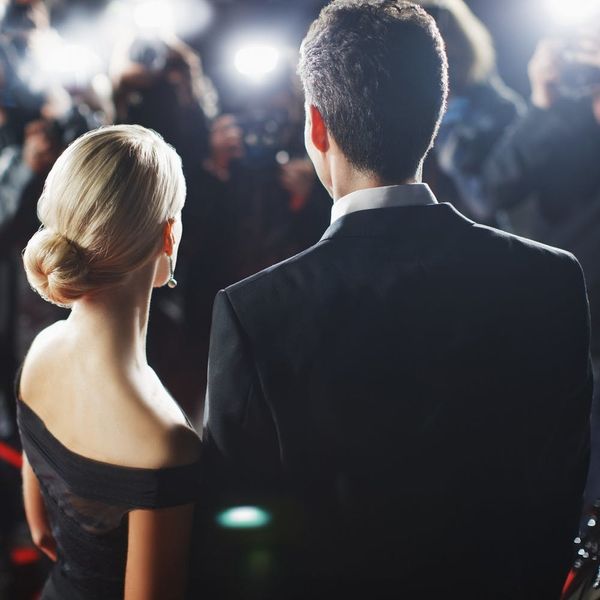 The activism of the #MeToo movement will supposedly make its way from the internet to the red carpet at the 2018 Golden Globes this weekend. Two weeks ago, reports from US Weekly and The Morning Breath claimed dozens of actresses have committed to wearing black, the color of mourning, to the awards show as an act of protest against the alleged sexual misconduct of a growing list of Hollywood higher-ups. And, as of more recently, actors have decided to get in on the action too. According to stylist Ilaria Urbanati, all of her clients, including A-listers such as Dwayne Johnson and Tom Hiddleston, will be joining the women in black.

This particular protest, as with all forms of activism it seems, has been the subject of criticism. Most famously, Rose McGowan — a TIME “Silence Breaker” and one of the initial catalysts of this movement — called out actresses, specifically Meryl Streep, on Twitter for participating in the protest after having “happily” worked with Weinstein. Later in the same now-deleted tweet, she implied that the protest and the women participating in it would “affect no real change.”

I love the smell of vapid signs of solidarity that do nothing to shift structural inequality. https://t.co/F4bCiesje6

Others, too, seem to believe the protest is fruitless. For example, Evette Dionne, the senior culture editor for Bitch Media, tweeted, “I love the smell of vapid signs of solidarity that do nothing to shift cultural inequality,” in response to a headline on the subject.

Make no mistake, I am a proponent of diligently evaluating and then reevaluating the legitimacy of one’s activism — Is this really making a difference? But in my opinion, the answer here is yes. It may not be the most direct or assertive approach, but I wholeheartedly disagree with McGowan and Dionne and others’ assertions that this protest is or will be ineffective and vapid. Although we cannot be certain of the protest participants’ reasons for partaking (Urbanati made a good point when she said you probably wouldn’t want to be the odd man out on this one), this is a clear instance of intent versus impact.

As a survivor of sexual assault, though I acknowledge that I cannot speak for all survivors, I find this protest emboldening. To me, it shows people are listening to us and people believe us enough to publicly, albeit silently, make a statement about sexual violence. (Call me naïve, but I would like to think the concept of this protest did not at least initially come from a self-serving place.)

New allegations are the lifeblood of this movement. Without them, #MeToo will be thrown in the ever-growing scrap pile of social media movements. In order to affect the “real change” McGowan was referring to, we need women (and men) to continue coming forward with their stories, to keep reminding people that these are not isolated incidents but, in fact, part of a much larger, much more insidious systemic problem. And despite the fact that new allegations seem to surface daily, they should not be diminished from what they are: acts of resilience and bravery from people who owe us, as a society, absolutely nothing. If even one previously silent survivor — famous or not — is inspired by the celebrities in black garb to speak up, to hold their perpetrator accountable, the protest will have been worth it, for it will have kept this movement alive for that much longer.

Do you think the protest will have an impact? Let us know @BritandCo.

Annamarie Higley
Annamarie is a Californian who's been plopped in the middle of Missouri for her undergraduate studies in magazine journalism. She's a hiker, an eater, a lover of words. In her opinion, nothing beats a well-made breakfast sammy or a well-crafted sentence.
Celebrity
Relationships
Celebrity Self Womens Health
More From Relationships