Women TV Writers in the UK Are Taking a Stand for Representation Off-Screen, Too 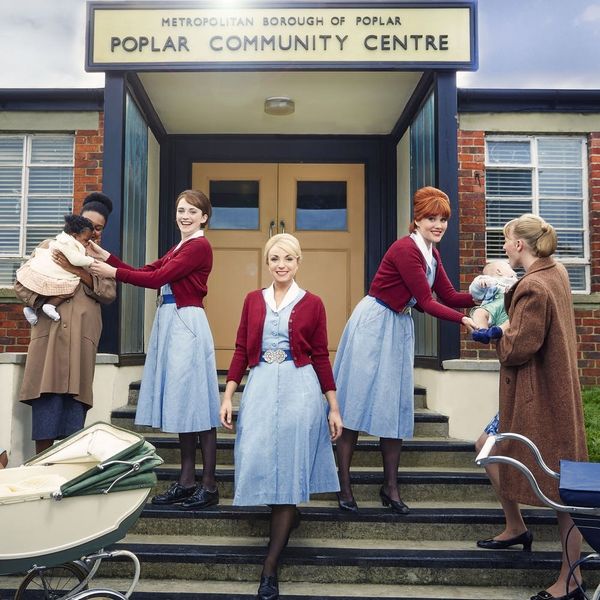 Women television writers in Britain say they’re underrepresented in the industry, and more than 70 have signed an open letter voicing their concerns. The letter describes systemic prejudice that they claim prevents the country’s many excellent female writers from landing lead positions writing heavy, mainstream dramas.

In late January, CultBox published a story detailing every program the British network ITV had planned for 2018. Of the nine new dramas listed, only one had a head female writer. “And so, we want to ask you, the commissioners, a very simple question,” the letter reads. “Why? Because we are at a loss.”

The letter goes on to run through a number of potential reasons men are so dramatically outnumbering women. Is it because there aren’t enough women writers?

Definitely not. Women writers are cutting their teeth writing soaps and daytime television, yet for some reason they’re not graduating to bigger, better projects.

Is it the ratings? Impossible — shows with women writing teams are doing fantastic. The letter points to the blockbuster hit Call the Midwife, which has a female writing team as well as a female showrunner, legendary Heidi Thomas. And there are many other successful examples.

It’s not just a British problem. In a 2016 report, the Writers Guild of America West found that when it comes to women television writers, things are either inching slowly forward at a snail’s pace or — in some cases — moving backwards.

“Progress has been slow at best for women and minority writers in an era of television renaissance, while film sector stagnation has witnessed either anemic advances or actual reversals of fortune for groups of writers that remain woefully underrepresented in both sectors,” report author Dr. Darnell Hunt said in a press release.

That women are putting pen to paper behind the scenes matters, because it affects what we end up seeing on the screen. Take the Bechdel test. In order to pass, a movie must feature two women talking to each other about something other than a man. Low bar, right? A study that surveyed the top grossing films from 1995 to 2015 found that films with an all-male writing team failed the test 53 percent of the time. Add one woman to that team and the films only failed 38 percent of the time. When the writing team was all female, every single film passed the test.

If we want to see realistic representations of women in film and television, we need women writers to be creating them, or at least contributing to the creation process.

The British women who penned the letter acknowledge that this prejudice is not necessarily intentional, but it is there, and it needs to be addressed. Perhaps this letter is the first step.

“So, we pose the question again,” the women write. “Why are you not making drama by female writers? Come on, tell us the truth. We can take it. We look forward to hearing from you.”

Lia Grainger
Lia Grainger is a freelance journalist and reluctant nomad who divides her time between Canada and Spain, weather dependent. She's written for The Atlantic, Reader's Digest, the Toronto Star and other print and online publications, and her work appears in dozens of languages around the world.
Empowerment
More From Empowerment