In a Sea of Big Money Politicians, This Write-in US Senate Candidate Takes Inspiration from Tupac Shakur 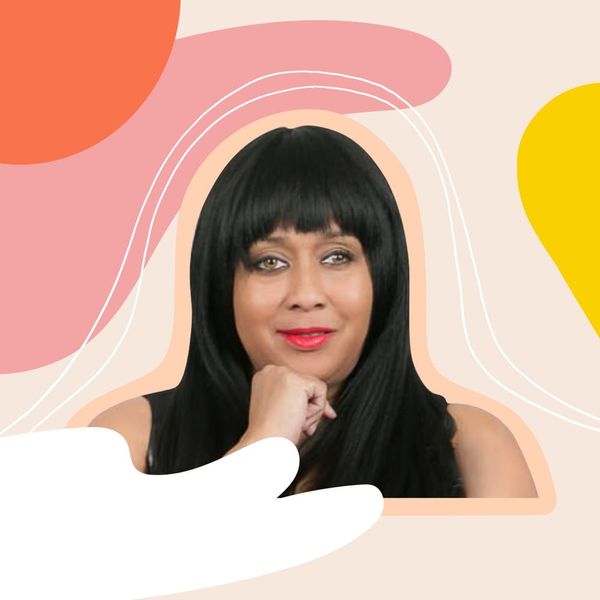 Florida US Senate hopeful Lateresa Jones knows what it’s like to beat the odds. While she grew up decidedly middle-class in Detroit, she tells us that the advantages of her family’s financial stability masked a horrific secret.

“I went to private school,” Jones explains, “but at the same time, I was a child of abuse. And I survived. I survived a lot of horrific years of child abuse.”

Those years of physical abuse rendered Jones blind in one eye and left permanent bone damage in her jaw. She tells her story because she thinks it’s important for people to understand where she’s coming from. Jones also believes that her ability to rise above the horrors of her childhood helped to prepare her for a foray into politics.

If the write-in Republican candidate’s honesty seems unencumbered by traditional politics, that’s because it’s a reflection of her desire to make Washington more accessible for regular people. And, in Jones’ view, being a regular person sets her apart from her opponents: incumbent Bill Nelson and Rick Scott, the state’s current Republican governor.

Jones sees herself as a common-sense candidate who understands how issues affect ordinary people. Her campaign isn’t financed by corporations and her platform isn’t steered by lobbyists, she tells us. Instead, she proudly says that her ground game — knocking on doors and talking to prospective voters — is second to none.

“You know what made Tupac so powerful? The mindset where he was able to reach out to the masses of people,” she says. “Not because he had a whole bunch of money, but because he had a message. And it was not a Black issue or a white issue or a Hispanic issue, it was a people issue. And that’s what I want to do: I want to continue to move the people to action.”

Lateresa Jones: I [ran for] Lieutenant Governor [in 2014], and I did it for the experience. And I ran again [for US Senate] in 2016, but I got off the ballot because it was not the right time for me to run. I felt that in my spirit. So I participated in the election.

But what inspired me? I want change in this country. I don’t believe we can do things the same way and expect a different result. And I know I have to be the one to stand up. I look across the country, and when you start talking about Blacks – there’s only three [sitting] Black US senators.

That means [Black lawmakers] are not making any decisions in this country, because there aren’t enough of us. We have to have diversity. You can’t create a bill if you don’t know how it affects people. And that is the reality of it.

We have a tendency in America to put everyone in a melting pot, but everybody’s needs are different. People want change, they want to see something different, and they’ll get it.

B+C:What has been the biggest struggle of your campaign so far?

Jones: It’s how people look at money. I know that there’s only a certain group of people who will vote in the primaries, which is why I decided not to run there. They are establishment voters, those who follow the money. Many of them are senior citizens, and they’ll vote for what’s comfortable for them. And that means the person with the most money. How outrageous is it?

To me, it defeats the purpose when you can go and spend $10,000,000 [on a campaign]. You know how many kids that can feed? You know how many communities that can help? But we’re spending that kind of money on elections. And Florida’s election is going to be one where they spend more than any other cycle. But you know what, money doesn’t dictate a winner. The people dictate a winner. This is the challenge.

Jones: Once I win my Senate seat, one of the primary things I’d like to push for is to decriminalize marijuana. I know so many people who have had their lives taken away from them because of small amounts of marijuana. They have [criminal records], they’re not able to get jobs, they don’t have a living. And we have to change a lot of the wrongs that we’ve done in this country. We are legalizing marijuana across this country and we’re [still] locking up folks. So that’s a system set up for failure.

B+C: What are some of the main differences between you and your opponents?

Jones: As a candidate, I am not just knowledgeable of laws, but I’m more connected to the people — the real people. Our constituency is made up of people, [and] I am part of the majority of people. I’m the average person that can go and walk down the street and know what we need. I’m the person who’s had hands-on experience working in Miami Beach, for example, with the homeless. I am that person.

I see the needs of the senior citizens. One of my opponents had the largest fine in American history for Medicare fraud. He’s not going to help the people. And we didn’t get Medicaid expansion in the state of Florida [because of it].

And it didn’t just hurt Blacks and Hispanics. It robbed senior citizens and left them out here struggling for life. And I see that. I go into the communities and I talk to the people. I don’t have the power around me to tell somebody else to do it. I have had these hands-on experiences myself. And I only want one term. That’s all I need. I’ll raise enough hell to get some shit done. And I say that in an honest way: I can get it done. I don’t have special interests. How can you say you’ll help the people when you’re taking lobbyists’ money? I’m not that person.


B+C: How can voters support your run for office?

Jones: They can follow me on my Facebook page or on Twitter, which I guess is more of a popular thing. They can make contributions to my campaign, and they can purchase some of the items that we have from the campaign page.

On election day, people that want to vote for me will have to do two things. We [the Republican party candidates] will be at the top of the ballot for US Senate. You will have the incumbent’s name, Bill Nelson, Rick Scott, and then a bubble and a line. You’ll fill in the bubble and then on the line, you will write JONES. And that’s how you can vote for me on election day.

Kat Armstrong
Kat has been a writer, social media maven and mom for longer than she's willing to admit. She's also spent time in front of and behind the camera, interviewing celebs, politicians and acting as a producer for fashion and artistic photography shoots. When she isn't writing for various orgs and publications, she's hanging with her kids, husband and French Bulldog, Peter, in Toronto, Canada.
Politics
Politics
Politics Women Who Run