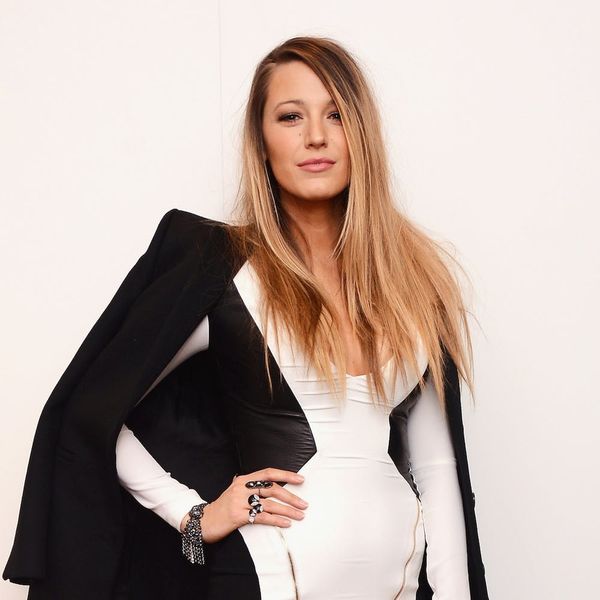 If you were looking for a new baby name trend, we think Blake Lively might have started one when she revealed the real name of her baby girl, James. But little James Reynolds will be following in some pretty big footsteps. We’ve rounded up some of our favorite fierce ladies who have been rocking boy’s names since the day they were born (for the most part).

2. Cameron Diaz: Cameron wears her unisex name so well. She’s like the sporty, girl-next-door BFF we always wanted. If only we could have a sleepover in her Manhattan apartment. (Photo via Theo Wargo/Getty)

3. Glenn Close: No one could play Cruella De Vil like Glenn Close, and for that, she’ll always hold a special place in our childhood hearts. (Photo via Rommel Demano/Getty)

4. Peyton List: Peyton is one of those unisex names that we think might suit women better than men (sorry, Peyton Manning). And hopefully the former Mrs. Sterling will make an appearance when Mad Men comes back in April (!!!). (Photo via Toby Canham/Getty)

5. Jaime King: We’re hoping Jaime’s new baby is a little girl so she can give her a boy name. But she did name her son James, the name she used to go by in her modeling days, which is equally adorable. (Photo via Jason Merritt/Getty)

6. Daryl Hannah: If anyone ever made us want to be a mermaid, it’s Daryl Hannah. In fact, she wears the name so well, we almost forgot Daryl is actually a boy’s name. (Photo via Jason Merritt/Getty)

7. Stevie Nicks: An honorary member of the boy’s name club, Stevie Nicks is actually named Stephanie. But she’ll forever be “Stevie” in our hearts (and everyone else’s). (Photo via Stephen Lovekin/Getty)

8. Randi Zuckerberg: When it comes to business, few women lean in like Randi. If you’re interested in the tech world, being a businesswoman, modern parenting or all of the above, check out her site, Dot Complicated. (Photo via Janette Pellegrini/Getty)

9. Parker Posey: Since we still absolutely love the ’90s, we had to include the “Indie Queen” herself. From Dazed and Confused to Waiting for Guffman, Parker Posey helped shaped our early movie-watching years. (Photo via Stephen Lovekin/Getty)

10. Taylor Swift: From her girly dresses to her red lips, does it get much more feminine than Taylor Swift? We almost forgot she has a unisex name. (Photo via Larry Busacca/Getty)

11. Dylan Lauren: The founder of Dylan’s Candy Bar and daughter of designer Ralph Lauren, Dylan Lauren is a powerful businesswoman. And we love powerful women. (Photo via Rachel Murray/Getty)

12. Shawn Johnson: There are few things more badass than winning an Olympic Gold Medal, which is why Shawn is on our short list of heroes. (Photo via Taylor Hill/Getty)

13. Blake Lively: Blake’s name has worked out pretty well for the trendsetting star, so we’re not surprised she’s carrying on the unisex naming tradition. In fact, we’re trying to figure out new unisex nicknames for ourselves now… (Photo via Stephen Lovekin/Getty)

What’s your favorite unisex name? Let us know in the comments!

Amanda DiGiondomenico
Amanda is a freelance writer and graphic designer who blogs about living a stylishly nerdy life at The Spendicate. A lifelong resident of Baltimore, MD, Amanda is an art school dropout, who managed to earn a masters degree in nonfiction writing. On the weekends, she's an expert guacamole maker, a novice jogger and an intermediate yogini.
Blake Lively
Parenting
Blake Lively Taylor Swift
More From Parenting