12 of Summer’s Best YA Beach Reads 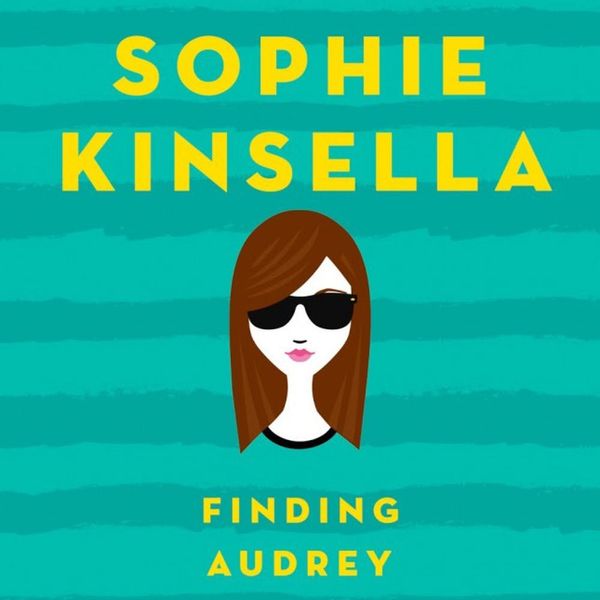 While we’re sure Harper Lee and Judy Blume‘s new releases are worth the investment, when it comes to summer reading, sometimes we just want a good YA book. Sure, the ones on Amazon’s “100 YA Books YA Lovers Need to Read in Their Lifetime” list is a good place to start, but we couldn’t help but notice that they left a few noteworthy new releases off the list. We’re sharing 12 of the juiciest Young Adult novels that are coming out this summer (plus one that should be mandatory reading before heading to the theaters). We promise you won’t be able to put these down.

1. Luckiest Girl Alive by Jessica Knoll ($15): People cannot stop talking about this New York Times best-selling novel. Guys, it’s getting Gone Girl comparisons. It’s about a girl named Ani who is trying her darnest to curate a picture-perfect life for herself. But no amount of Instagrams can cover up the series of bad events that happened to her as a teen, which are revealed as flashbacks in the book. Reese Witherspoon snapped up the movie rights to the book, ensuring the buzz will only get bigger.

2. Finding Audrey by Sophie Kinsella ($13): Author Sophie Kinsella has already won millions of adults over with her Shopaholic series, and her first YA book has her same playful trademark. The book’s protagonist is a 14-year-old named Audrey who has an anxiety disorder. She’s making progress in therapy, but then she meets a guy who gets her even more than her therapist does. Is there anything sweeter than a first love?

3. Local Girls by Caroline Zancan ($18): What’s more complicated than teen romance? Teen friendship. This is about three friends (and one former friend) who are all home from college. Just when they are about to die from boredom, they cross paths with a famous movie star who, sick of the shallow Hollywood scene, finds the girls refreshing to hang out with. But as the night takes a turn, secrets emerge and drama ensues.

4. The Summer of Chasing Mermaids by Sarah Ockler ($13): Fans of Twenty Boy Summer will love the author’s novel about a lustful summer love. The book follows a talented singer who becomes mute after a terrible accident. Devastated, she retreats to a quiet town by the ocean. There, she meets Christian, who is hot, charming — and kind of an ass. But when he proves to be the one person who refuses to walk on eggshells around her, they form a unique bond and she’s challenged in ways she never saw coming.

5. Paper Towns by John Green ($6): The YA legend — ever heard of a little book called The Fault in Our Stars? — released Paper Towns a few years ago, but seeing as how it’s about to become a blockbuster movie staring Cara Delevingne and Nat Wolff, now is definitely the time to read it… or reread it. It’s about a guy who is taken on a mysterious adventure while trying to make sense of puzzling clues left behind by a mischievous girl. The journey will make you laugh, but it just might make you tear up too.

6. Off the Page by Jodi Picoult ($13): Jodi Picoult has had the best-selling YA thing down for over a decade, and Off the Page is a reminder of why: Her writing is magical. This book, which she wrote with her daughter, is about a prince who leaps from the pages of a fairytale into real life, thanks to a girl who wished hard enough that he would be real. But when reality and the the prince’s storybook world begin falling apart, they must decide what they are willing to risk in order to live happily ever after.

7. Emmy & Oliver by Robin Benway ($13): After being kidnapped by his father as a young kid, Oliver reappears, and his best friend Emmy expects their friendship to pick up right where it left off. Guy/girl friendships are inevitably complicated, especially when something as crazy as what Oliver has gone through happens. Get ready for a wild ride.

8. The Good Girls by Sara Shepard ($14): Pretty Little Liars fans, this one’s for you. PLL series creator Sara Shepard is back with a sequel to her new series, Perfectionists, and it’s just as twisted as you’d expect. This one is about the same four friends in the first book, who only thought about killing a bully named Nicholas, but then he ends up dead. The spilled blood doesn’t stop there…

9. Hold Me Closer by David Levithan ($13): This book is a companion novel to 2010’s Will Grayson, which YA gods David Levithan and John Green wrote together. This story focuses on Tiny Cooper, who really stole the show in that book. Hold Me Closer is the script to the musical that Tiny Cooper was writing. His larger-than-life personality is captured in every detail, from the dialogue to the stage directions.

10. Saint Anything by Sarah Dessen ($13): If your sibling is the black sheep of the family, you’ll relate to Sydney, the protagonist in this new novel. When her brother lands himself in jail after getting arrested for drunk driving and injuring someone, her parents become consumed with their concern for him. Sydney’s thoughts turns to the victim, whom she befriends. Expect lots of growing pains in this one.

11. Proof of Forever by Lexa Hillyer ($14): Lexa Hillyer’s debut novel really captures the essence of teen friendship. Proof of Forever is about four girls who used to be crazy close, but have drifted apart over the years. They get the chance to relive the summer they were all 15 when a magical photo booth transports them back in time. Warning: This book will have you Facebooking your own high school besties.

12. About a Girl by Sarah McCarry ($10): The third and final book in Sarah McCarry’s Metamorphoses trilogy, About a Girl follows Tally as she seeks out to answers to big questions about her birth family and her past. When she meets a girl named Maddy unexpectedly, her life becomes even more complicated. You’ll be hooked until the very last page.

Did we miss your YA favorite? Shout it out in the comments.