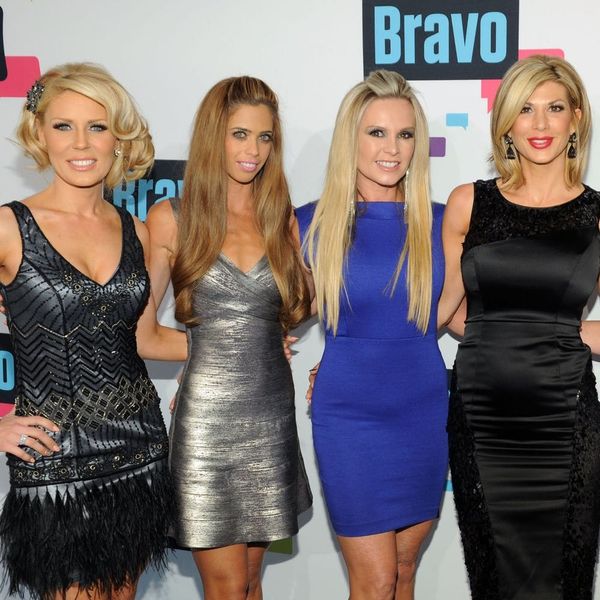 Another one bites the dust! Weeks after Real Housewives of Orange County star Meghan King Edmonds announced that she was leaving the show to focus on her family, a second Housewife is following suit, making way for yet ANOTHER newbie in the show’s lineup.

In a blog post titled “Hanging Up the Orange,” Lydia McLaughlin broke the news that season 12 would be her last — at least for now.

“…I can only handle the show one season at a time,” she said. “There is a lot of good that comes from this show, but also a lot of negativity. After a family vote, it was unanimous that I should take a break. Sometimes the people who love us the most see things even we don’t see.”

As you may recall, McLaughlin first took a break from the show following her initial season eight debut. “After season eight, I decided to take a break and write a book (Beyond Orange County: A Housewive’s Guide to Faith and Happiness, $14) and have my third baby,” she said. “It was the perfect timinig for me with the launch of NOBLEMAN magazine to return for season 12. I feel it is now the perfect twist to once again hang up my orange.”

Still, the mommy of three says she’ll be keeping plenty busy. “In no way do I want to make a career out of being a housewife,” she wrote. “That just isn’t me.”

Instead, she says she’ll continue to focus on the magazine she publishes, her blog, jewelry designer, and writing.

No official replacements for King or McLaughlin have yet been named.

Are you sad to see Lydia go? Share with us over @BritandCo.