12 Instagram Shots of Stars Before the Teen Choice Awards 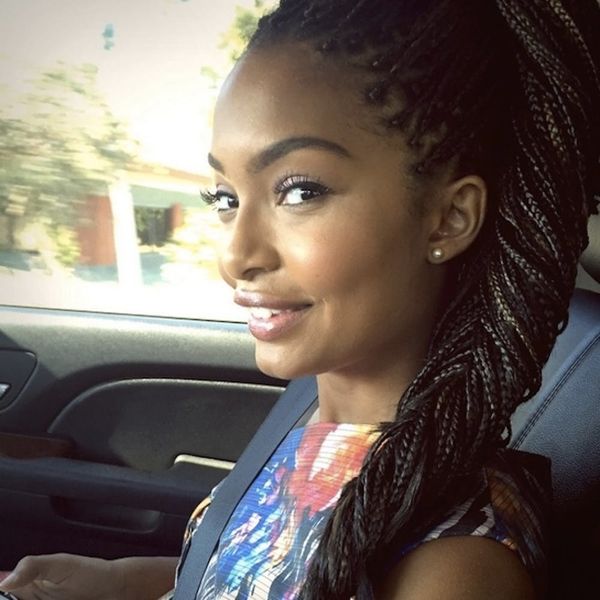 Half the fun of any big event is getting ready. The Teen Choice Awards are no exception. We’ve been keeping an eye (via Instagram) on the nominees, presenters and performers as they prep for their big night! Here’s a look at how 12 of our fave celebs primped, polished and prepared.

1. Maddie Ziegler: The Dance Moms phenom looks perfectly ready to plié her way down the blue carpet in a sweet flowered dress and upswept hair. Here’s hoping she takes home a surfboard in the Choice Dancer category. (Photo via @maddieziegler)

3. Caitlyn Jenner: Caitlin’s transition is striking a chord with those of us who think people should be accepted for who they are, and we can’t help but applaud her commitment to help the trans community overcome its obstacles, like teen suicide. Her record-breaking Twitter debut earned her a #SocialMediaQueen nod, prompting her to post her first selfie ever. (Photo via @caitlynjenner)

4. Katy Perry: We’re not sure if Katy’s gold-tipped “BYE” manicure is bidding farewell to her Prismatic era or sending a special message to the paparrazi. Either way, we can’t wait to see what she pairs it with at the show. (Photo via @katyperry)

5. Josh Peck: “Teen Choice outfit or nah?” asked one third of the night’s hosting trio (along with Gina Rodriguez and Ludacris). Looks good to us, dude. Just don’t forget to lose the tag! (Photo via @shuapeck)

6. Gina Rodriguez: How does one of TV’s hottest stars get ready to co-host a massive awards show? By chilling out on a Vespa, of course. Gina was all smiles this weekend, giving into her need for speed before taking hold of the mic. (Photo via @hereisgina)

7. Ed Sheeran: Everyone’s favorite ginger Brit claims to be recovering today from a wild night out on the town with his cutie pie godson, Oscar. Think he’ll pull it together in time for the big show? We predict yes. (Photo via @teddysphotos)

8. Charles Esten + Lennon Stella: Nashville‘s Deacon and Maddie had an adorable (TV) father-daughter moment over the weekend as Lennon turned sweet 16. What better way to celebrate than to attend the biggest teen event of the year? Happy birthday, Lennon! (Photo via @charles_esten)

9. Rachel Platten: This strong-minded songstress doesn’t just have her fight song ready; she’s also armed with sparkly socks for her onstage performance. If that’s the secret to her pitch-perfect vocals, we’ll grab a pair or two ourselves. (Photo via @rachelplatten)

10. Rowan Blanchard: Girl Meets World‘s Row Blanchard is clearly camera ready as she snaps a selfie before heading to the show. (Photo via @rowblanchard)

11. Jillian Rose Reed + Molly Tarlov: There’s nothing awkward at all about these two MTV’s Awkward stars’ fierce car selfie on the way to the show. (Photo via @jillianrosereed)

12. Fifth Harmony(‘s makeup kit): Here’s a sneak peek at the color palette the women of Fifth Harmony will be rocking this evening, thanks to makeup artist Clarissa Luna and a wide array of cosmetics from none other than Elf. (Photo via @clarissalunanyc)

Who are you most looking forward to seeing at the TCAs tonight? Spill in the comment section below!

Amy Lynch
Amy is a freelance writer and editor, telling the stories of progressive people and projects that move the world forward. Her work has appeared on The Hairpin, Refinery29, Citygram and more, and she's developed content for the likes of Alternative Apparel, Milkshake and Silvercar. She lives, works and plays with her fiancé and their dog, Bogey, in the weird, wild heart of Austin, Texas.
Celebrity Beauty
Party
Celebrity Beauty Celebrity Makeup Celebrity Style Katy Perry