The Army Is Testing 3D Printing Food for Soldiers 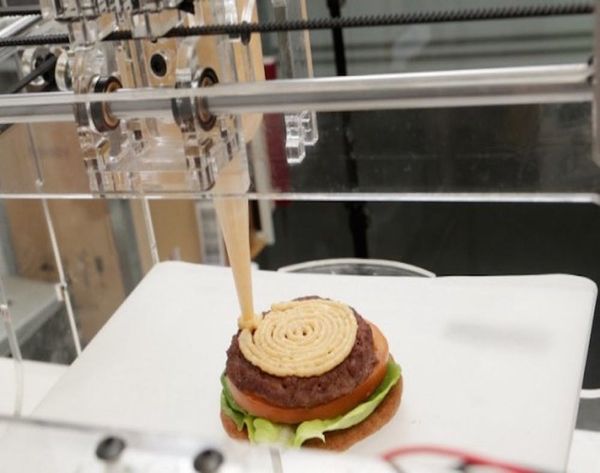 We’ve got some exciting news about the future of Army food. Food technologist Lauren Oleksyk is leading a team of Army scientists for a project that will give soldiers more than a meal. They’ll be receiving nutrient-specific foods based on what their bodies are lacking. And get this: These foods aren’t going to be made in a kitchen. They’re going to be made by a 3D printer. Can we get a “hooah?”

Over at the Army’s Natick Research Center, Oleksyk is leading a project that sounds straight out of an Ann Leckie novel. The innovation will require each soldier to wear sensors that cover their entire body. These sensors measure the soldiers’ nutrient levels. If a solider starts to lack a certain nutrient, the sensors take that information and send it to the 3D printer’s software. And… voila! The perfect recharge meal is printed.

Now the hard part is getting to the “Voila!” moment for a variety of foods. Oleksyk said that they’re currently experimenting with animal and plant proteins to see how they become processed through a 3D printer. Meat tends to be dry and super dense, because it gets overcooked during the sterilization process, which requires extreme heat.

If all goes well, our soldiers will be getting these meals and sweets via a 3D printer by 2025.

Tell us your thoughts about the future of military food in the comments below. We’re hungry to know!

Stephanie Chon
As a spoken word fanatic, Stephanie enjoys journaling about her day using imperfect rhymes. In her free time, she likes to dance, watch random episodes of How I Met Your Mother and play her ukulele.
3D printing
Tech
3D printing Dessert Recipes