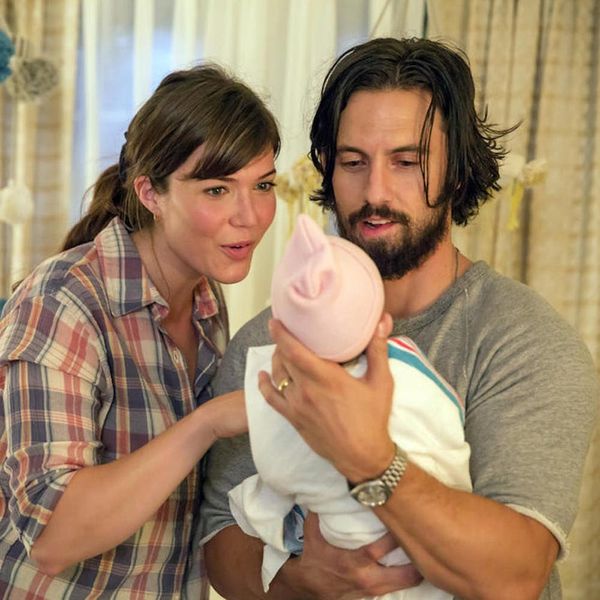 Movies and TV shows that follow different people at the same time (usually) do well, and it’s not hard to figure out why; it’s really interesting to see how the lives of the characters intertwine. This Is Us follows two triplets and their family, all of whom have very unique personalities. The show definitely pulls on your heartstrings, and those of us who miss Parenthood have a pretty good substitute. The show is still on air though, which means you have to wait in between episodes (boo!). Here’s what you can watch while you wait.

Gabi, Josh, Sofia, Yolanda and Elliot have their own kind of family. Gabi is a struggling gourmet chef who can’t seem to catch a break, until she meets Josh, a billionaire inventor who doesn’t have the time to cook. Elliot doesn’t like Gabi, Elliot and Yolanda don’t like each other, and Gabi and Josh like each other TOO much. You don’t have to worry about getting too attached to this show just to have it taken away; season five is starting on March 17, so you’ll have plenty to watch. Watch it on Netflix. (Photo via Freeform)

We guarantee you’ve never seen characters connected like this. Sense8 follows eight characters from all over the world. Things get crazy when they suddenly become “sensates” — people who are mentally and emotionally linked. The show has received positive reactions, not least for its portrayal of its gay and transgender characters (the woman who plays the transgender character is trans in real life, and one of the show’s directors is transgender as well). Even though the characters are all from drastically different lifestyles, the way they connect is all at once heartwarming, heartbreaking, surreal and believable. Watch it on Netflix. (Photo via Netflix)

The DiMeo family is one to watch out for. Mama Maya is a force to be reckoned with, as is her no-nonsense daughter Dylan. Ray is the brains of the operation. You might cut yourself with the wit of JJ, a high schooler with cerebral palsy and a clever sense of humor. Jimmy? Jimmy doesn’t care what you or anyone else thinks, which is a pretty good attitude to have, although the neighbors don’t agree. You’ll laugh and choke up, especially at JJ’s connection with the school’s groundskeeper. If you can’t get enough of families, this one’s the one to watch. Watch it on Hulu. (Photo via ABC)

IF YOU LIKE UNCONVENTIONAL FAMILIES (AND SOAP OPERA-LEVEL DRAMEDY), WATCH JANE THE VIRGIN

Jane Gloriana Villanueva is not here to listen to your crappy opinions. She’s a strong Latina woman who has a loving family, a plan… and an accidental baby. But she’s still a virgin! If you think this sounds telanovela-y, you’re right — it is. They even appropriately have a telanovela-esque omniscient narrator. You’ll laugh at Jane’s well-intentioned mishaps and her rivalries with the insufferable Petra and Scott (not to mention her own mom’s love interests), and you’ll cry along with her every time she’s heartbroken. And with the latest plot twist — well, let’s just say you need to watch this one ASAP. Watch it on Netflix. (Photo via The CW)