5 Ways Barbie Has Stepped Up to Empower Young Girls 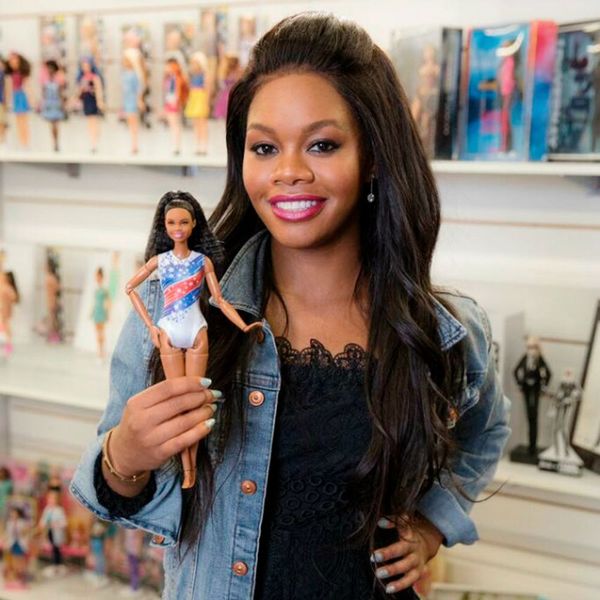 Barbie Millicent Roberts (yes, she actually has a last name) has been a majorly controversial figure since she was first released in 1959. American business titan Ruth Handler originally based the character off of the suggestive German doll Bild Lilli. According to notable author Robin Gerber, “Men got Lilli dolls as gag gifts at bachelor parties, put them on their car dashboard, dangled them from the rearview mirror, or gave them to girlfriends as a suggestive keepsake.” Not a great inspiration for a children’s toy, if you ask us.

Over the years, Barbie has been heavily scrutinized for her outlandish body proportions and grossly stereotypical branding, outfits, and career options. However, no matter how much negative feedback the doll received, this didn’t stop Mattel (AKA the company that owns the Barbie brand) from making a ton of money off of the popular character for a very long time. While we don’t know for sure if Mattel’s later financial wobble was the result of modern activists’ concerns that the OG Barbie doll created an unhealthy and unattainable standard for young women, Mattel definitely began to feel some weighty financial pressure that translated in stock market prices in early 2014. It was around this time that Mattel seemingly began to hear their customer’s demands and started to alter the Barbie brand to be more inclusive and empowering for young girls — and, as a bonus, Mattel has seen positive financial outcomes from this long-awaited change.

While the Barbie brand is still far from perfect, we are definitely encouraged by Mattel’s recent efforts to step up their game and empower young girls. Here are five awesome ways that we believe Barbie has changed for the better.

1. Barbie is now rocking a new body-positive makeover. In 2016, Mattel released the Barbie Fashionista Collection, which features four body types (petite, tall, original, and curvy), seven skin tones, 22 eye colors, and 24 new hairstyles. In addition to creating dolls with more diverse physical features, nine of the new Barbies come with flat feet. That means that, for the first time in history, Barbie has the option of wearing flats and sneakers.

2. Ken is also getting several new body-positive options. Yep, you read that right. The doll of Barbie’s popular boyfriend Ken is also getting a body-positive upgrade this year, with 15 new additions set to join the inclusive 2017 Barbie Fashionista Collection. Sporting three body types (slim, broad, and original), these new male dolls will come with a variety of skin tones, eye colors, fashion choices, and hairstyles.

3. Inspirational women are getting their own “Shero” dolls. When Barbie was asked to join Variety’s “Power of Women” event in 2015, they decided to create their first ever lineup of Shero dolls to celebrate some of the awesome ladies being honored at the event. The dolls were made in the likeness of each woman — including Trisha Yearwood, Sydney Keiser, Emmy Rossum, Ava DuVernay, Kristin Chenoweth, and Eva Chen — and were auctioned off to support the Sheroes’ favorite charities. Since then, Mattel has expanded this series by including several other inspirational figures, like Olympian Gabby Douglas, which the public can actually purchase. Ummm, yes, please!

4. Barbie is actively trying to remove the harmful stigma from mental health. There aren’t many brands that are willing to tackle the tricky topic of mental health for a very young demographic, but a kid-friendly Barbie vlog titled “Feeling Blue? You’re Not Alone” tries to do just that. In this short video, Barbie (who’s a mega popular vlogger, obviously) begins to tell her viewers that she woke up that morning feeling a little blue for no real reason. Detailing some of her strategies for feeling better, this introductory video is a powerful step forward in starting the crucial discussion about mental health from a younger age. “You can’t have the spring without the winter,” Barbie says in the vlog. “And I think the winter is beautiful too.” Well said.

5. Barbie’s new ad campaign is inspiring young kiddos to dream big. If you haven’t already seen Barbie’s recent buzzy advertisement, stop everything you’re doing and watch it. Seriously, we’ll wait. Starting off with the question “What happens when girls are free to imagine they can be anything,” the short video follows several young girls as they explore a day in the life of their dream jobs — including coaching a men’s soccer team, becoming a lecturing professor, and helping diagnose dogs as a confident veterinarian. Sure, it’s not *super* revolutionary, but it’s a sweet, empowering, and refreshing change from the stereotypical Barbies of our childhood, which we’ll gladly embrace. Good one, Barbie!

How do you feel about Barbie’s recent changes? Tweet us your comments by mentioning @BritandCo.

Ashley Macey
Ashley Macey is a lifestyle freelance writer who loves all things fitness, wellness, and creativity. When she's not exploring her home in the Pacific Northwest with her dog Max, you'll probably find her curled up with a good book and some hot tea. Follow her daily jaunts on Twitter.
Body Positive
Creativity
Body Positive Empowering Girls Girlboss Mental Health toys
More From Creativity