The A to Z Guide to Girls’ Baby Names 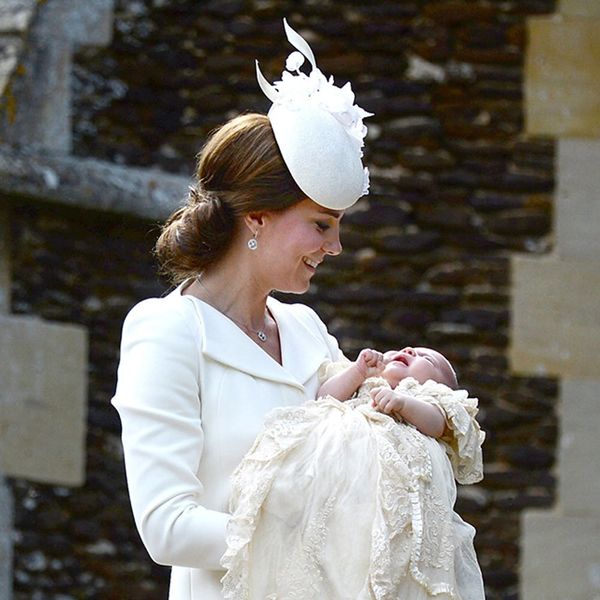 There may be an endless number of baby names out there, but there are only 26 letters in the alphabet, which can narrow the pool down for you. From A (Ava) to Z (Zoe), here’s a rundown of what’s hot in the ‘bet in baby name land.

A is the most popular letter for girls’ baby names, including top tens Ava and Abigail, plus Avery, Amelia, Aubrey, Addison and fast-climbing newcomer Aria.

Longtime Nameberry favorite Beatrix doesn’t rank in the US top 1000. Beatrice is Nameberry’s number 34, but comes in at a mere number 601 in the US.

Will and Kate chose the classic Charlotte for their new daughter in May. So did lots of American parents. It’s currently the tenth most popular name for girls in the US.

Fast-rising Daleyza was coined by singer-turned-NBC Universo reality star, Larry Hernandez, for his first daughter. His new daughter’s name, Dalary, was among the top debuts of 2014.

Emma is the number 1 name in the US. It’s also a favorite internationally. Emma is big in Austria, Belgium, Denmark, France, Ireland, Italy, Norway, Spain and throughout the English-speaking world.

Frances is rising, possibly thanks to the popularity of the current pope. But Frances isn’t the most popular F name in the US. That distinction belongs to Faith.

Gigi has lots of high-kicking, Gallic spirit. But Gabrielle, Genevieve, Georgia or even Marguerite might make a better formal name. Model Gigi Hadid was born Jelena.

Harriet Tubman won a recent popular vote to be the first woman featured on US currency. While Harriet is rare, sassy nickname Hattie has made a comeback.

Justice is among the baby names banned in New Zealand, but in 2014, nearly 800 baby girls were named Justice in the US.

Lucy, Lucia, Lucille, Luciana, Luna and Louisa are all rising, making Lou- one of the hottest sounds for girls’ names.

Long-time number-one name Mary is often passed over as too common. But last year, Mary ranked just number 120, making it an underused classic.

A French judge ordered a baby girl’s name changed from Nutella to just Ella, ruling that Nutella was an unacceptable name. Napoleonic laws forbid baby names that may subject a child to ridicule.

Olivia is a favorite, but it’s girls names ending in the ‘o’ sound that are among the freshest in 2015, from classic Margot to nature name Willow.

Poppy is a perpetual parent-pleaser in the UK, but is seldom heard in the US. American parents prefer Paisley and Penelope.

Quinn is the most popular Q name for girls in the US. In fact, it’s the only Q name in the girls’ top 1000.

Riley is the girls’ name of the summer, thanks to the animated star of Disney Pixar’s Inside Out, and NBA champ Steph Curry’s scene-stealing daughter. Riley girls outnumber Riley boys about two to one, a proportion we expect to rise. The Reilly spelling is more popular for boys, while Rylie trends girlward.

Sutton and Sloane are among the new surname names for girls, replacing fading favorites Madison and Taylor.

Theresa is a classic, but the only form of the name still in the girls’ US top 1000 is Tessa.

Over 2,200 girls have been named Unique over the last decade, which makes the name anything but.

Violet is one of several names boosted by British drama Downton Abbey. Others to watch: Daisy, Edith and Marigold.

Winter is the hottest season name, catching up to Autumn and Summer. Still rarely heard? Spring.

Ximena is the most popular X name for girls in the US, ranked number 142 last year.

Neil Gaiman coined the lovely name Yvaine for his novel Stardust. It’s a feminine spin on a name from Arthurian legend.

Lively Zoe is among the 50 most popular names for girls in the US. But just-add-y spelling Zoey is even more popular.

What are your favorite baby girl names? Share your thoughts with us in the comment section below.